F1 2021 Abu Dhabi GP Tyre Compounds – The longest-ever Formula 1 season concludes with its 22nd race, the Abu Dhabi Grand Prix. After two new venues in Qatar and Saudi Arabia, the Yas Marina circuit is a more familiar challenge – although the track has been quite significantly modified this year. Nonetheless, based on simulation and other data, the same tyre compounds have been nominated as in 2020: the C3 as the P Zero White hard, C4 as the P Zero Yellow medium, and C5 as the P Zero Red soft.

The changes to the track, which have been designed to provide more overtaking opportunities, will increase speeds and loads through some corners. However, as the circuit will still be smooth, with average stress on the tyres in terms of wear and degradation, the three softest compounds in the P Zero range remain a suitable choice.

READ: TYRES – WHAT IS BLISTERING AND GRAINING 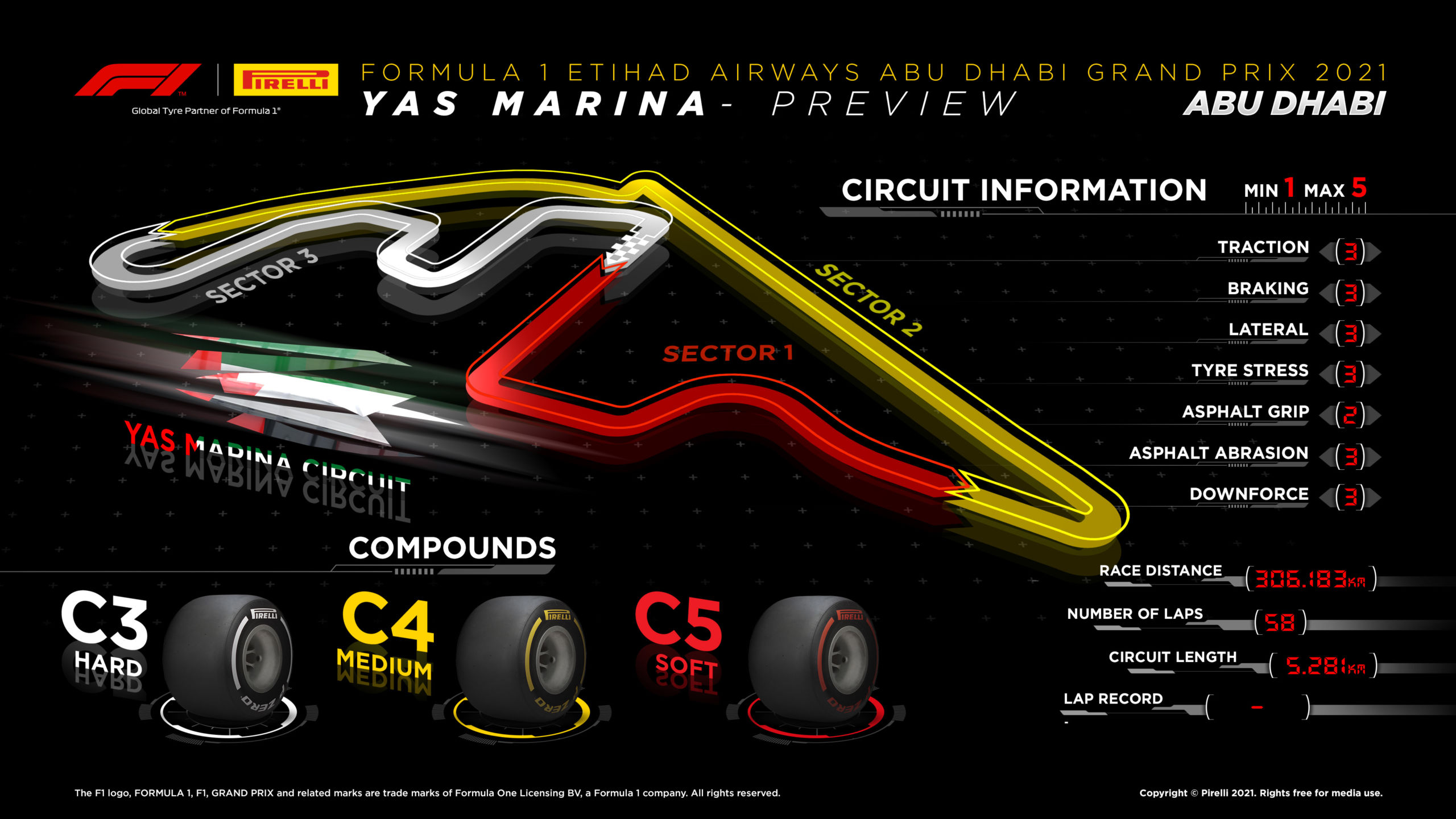 “The Yas Marina circuit is a familiar venue for the final race of the year, but the modifications to the track will provide a new twist and promises to give us an exciting conclusion to what has been a thrilling season. This will be the first time we face the new configuration, including some areas with new asphalt, but we have been able to rely on simulations and other information in advance to prepare. In general, with the creation of some quicker turns, the track is now faster and with more overtaking opportunities. The result of these changes are bigger vertical loads, especially on the front tyres. But we don’t expect the overall severity for the tyres to change significantly, which is why we’ve nominated the softest tyres in the range. After the race, the teams will have the chance to test with the final specification of 18-inch tyres for 2022 using mule cars. The first time we’ll see the definitive package of new tyres with 2022 cars in action will be during pre-season testing next year at the end of February.”

Red Bull or Mercedes – which car will suit Abu Dhabi better, as the title battle goes down to the wire?

Equal on points, one race in Abu Dhabi this weekend decides all. Whichever of Lewis Hamilton or Max Verstappen beats the other here is the 2021 world champion. As much as this amazing season has been about the contest between two all-time great drivers, it’s also been about their cars. Rarely, if ever, has there been an occasion where two such different concepts of machine have proved so incredibly evenly-matched as an average over the season.

As the dawning realisation has been made by many fans that which is the faster car varies from track to track or even day to day, so it’s natural they are intrigued by which will have the edge in the winner-takes-all finale of Abu Dhabi.

The cars are diametrically opposed in the inherent strengths and weaknesses of the aerodynamic philosophies, with the Red Bull’s high-rake design favouring downforce at the cost of drag, and the Mercedes low-rake the opposite.

At Jeddah that distinction was very clear, with the Red Bull consistently faster through the sector one sequence of turns which are actual corners and through the similarly demanding Turn 22, the Mercedes making those losses up down the straights and through the flat-out kinks. 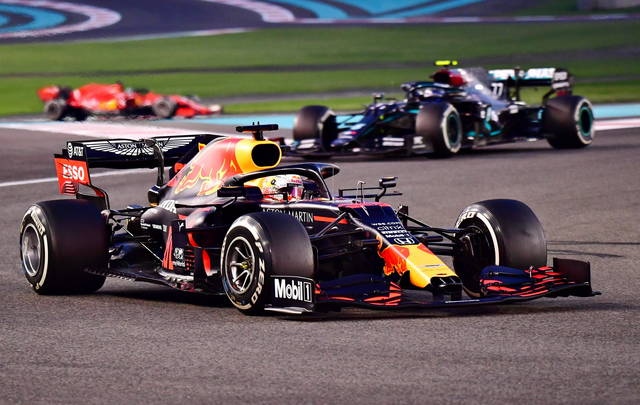 Abu Dhabi has a mixture of demands with low drag-rewarding sectors one and two and a tricky third sector which rewards downforce. There have been changes to the layout ahead of this year’s event, but that generalisation holds true.

Typically, the challenge during a qualifying lap of Abu Dhabi is balancing how much to take from the tyre in the fast sweeps of the first sector and how much to keep in reserve so the rears are not too hot in the more stop/start final sector. Because of the nature of the tyres, it’s not a circuit where you can be truly flat out for the whole lap even in qualifying.

This could be good news for Red Bull, as their car has several times this season shown better control of rear temperatures than the Mercedes. This was the defining feature which allowed the Red Bull to have the race-winning edge as recently as Austin.

As a generalisation, we might expect the Mercedes to be quicker in the first two sectors, the Red Bull in the final one. How that all balances out, though, can change from one day to the next. A different track temperature or track surface can completely change the hierarchy between the cars, so evenly-matched are they.