The Austrian, who lost a title on the last lap to rivals last year, compared Red Bull’s development to taking steroids. On the possible penalties to Max Verstappen he commented:

“I don’t want to be in the shoes of the judges. The pilots are working hard to be at the top. There are decisions made by the team that don’t involve them. However, in the end, you sit in a steroid-made car. It is a difficult decision and I would not like to give an opinion “, these are the words gathered by GPFans. “To be honest, my thinking is more about a matter of principle. How will we address this issue in the future? How robust are these regulations? How are they applied and controlled? How will the governance process take place? I ask myself these questions because we do not know how the judges will decide, and therefore it is a learning process for all of us “.

Steiner wants more races in America: “Three are not enough”

Haas team principal Gunther Steiner has in fact made it clear how – according to him – there would still be room for other appointments in the States.

“I would say that COTA is for hard and pure fans – said the manager from Bolzano, making a sort of ‘ranking’ of the American races already on the calendar – we have been racing there for 10 years now and everyone loves to go there. There is a spectacular track, it is a great event and a beautiful city. Miami is Miami. This year we had a lot of people and it is another great event, but completely different. As if it were a big festival. I don’t know what Las Vegas will be – concluded Steiner – but it will be a great event. We always have to think that the United States is a big country and that having three races is still not enough, I think “. 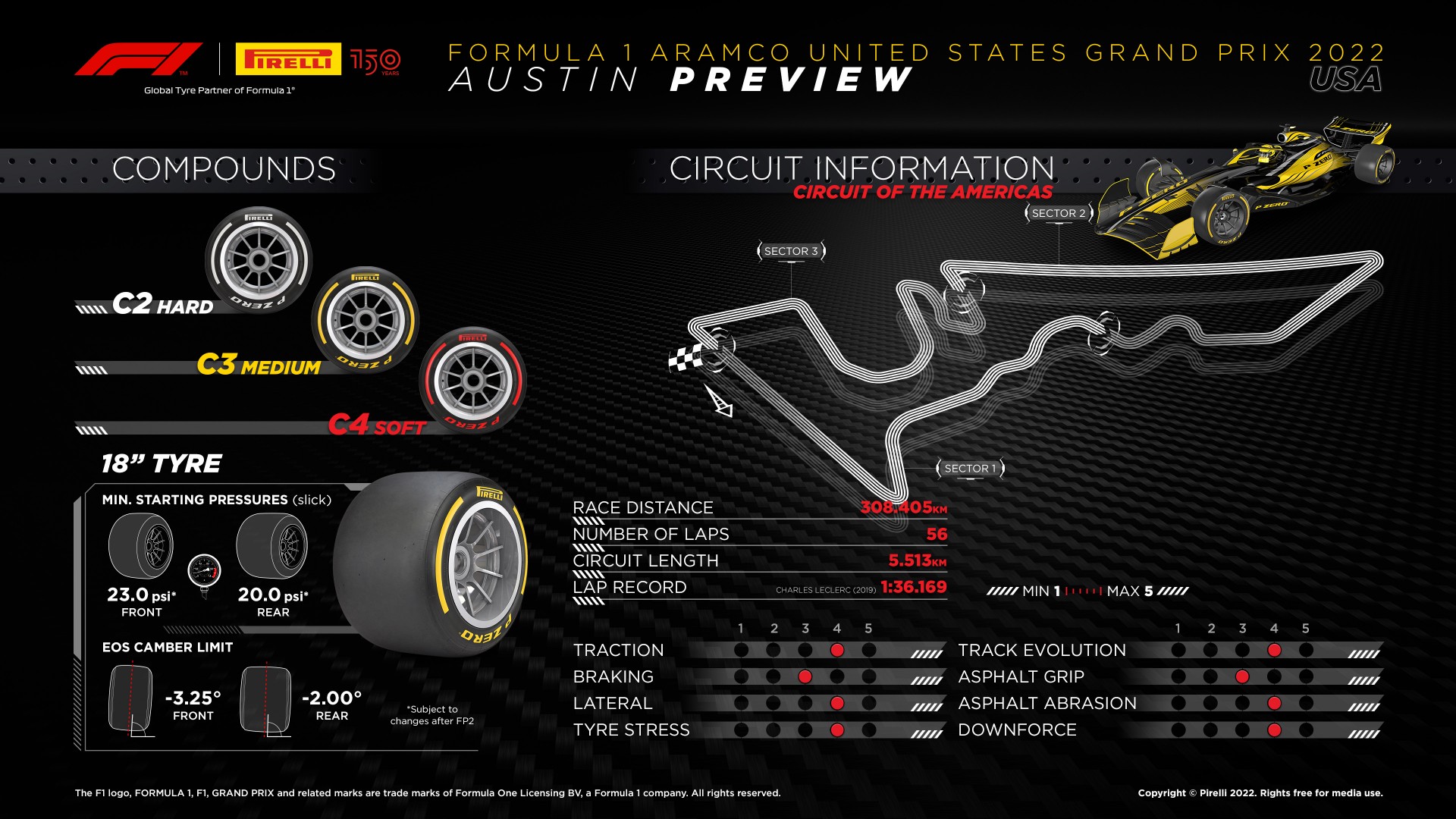 “The Circuit of The Americas is a balanced layout when it comes to the demands placed on cars and tyres in terms of traction, braking and lateral loads, but it’s mainly a flowing track that the drivers love, which nonetheless presents some challenging sections that shouldn’t be underestimated. The track was partially re-asphalted in 2020, with a ‘milling’ process also taking place last year to shave off the worst of the bumps that oblige teams to raise the ride height, which affects aerodynamics. In the first free practice session, there could be a high degree of track evolution so it’s going to be vital for the teams to maximise the data collected during FP3 to define the best strategy. The second free practice session will be dedicated to slick tyre testing for 2023, weather permitting. Weather conditions in Austin have been extremely variable in the past, so it’s a circuit where you have to be ready for anything!”