Desperate Leclerc on the radio: “Do something”

The fourth place at Silverstone, with six points recovered in the standings over Max Verstappen, certainly cannot be enough for Charles Leclerc to consider his Sunday in Great Britain a positive one. In fact, the Ferrari driver was clearly the best driver on the track, despite a car slightly damaged due to a contact with Sergio Perez’s Red Bull during the first lap of the restart, and was the clearest candidate for the final success. The strategic decisions taken by the Maranello pit wall, however, ended up complicating the life of the native of the Principality considerably, who communicated via radio during the race for a long time with his own track engineer, Xavier Marcos.

Binotto: “Leclerc’s disappointment is also ours”

After giving his all, fighting like a lion for all 52 laps of the British Grand Prix, Charles Leclerc cannot be satisfied with the fourth position obtained under the checkered flag, which nevertheless made him close the gap to -43 by championship leader Max Verstappen. The Monegasque this season may complain about the “external events” that are making him get less than he deserved, as has already happened in Barcelona, ​​Monaco, Baku and Montreal. The fact that he only registers one podium in the last seven races for the 24-year-old from Monte Carlo, is understandably frustrating Leclerc, who is in his hands perhaps the best Ferrari of his experience in red, which entered the fourth year. However, the young driver of the Maranello team showed great self-control in front of the cameras, moderately expressing his disappointment and congratulating his teammate Carlos Sainz for his first victory as soon as he got out of the car. 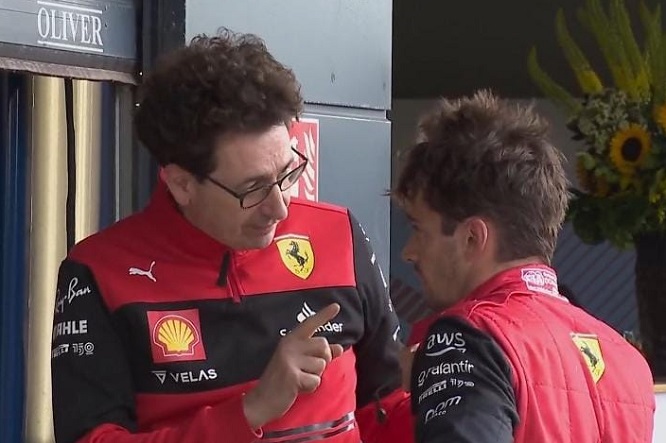 Mattia Binotto, head of Scuderia Ferrari, identified himself as his standard bearer:

“I fully understand that he was disappointed. It is natural to feel this way when you are in command of the race until a few laps from the finish without being able to take home the victory. I would add that Charles’s disappointment is also ours: we win and lose together. Nobody can be satisfied with his result, because yesterday Charles drove in an extraordinary way and once again proved his exceptional talent as a driver. He certainly deserved the victory, and had it not been for the safety car he would have won it “.

After a wait that lasted 150 grands prix, Carlos Sainz managed to get on the top step of the podium at Silverstone, in a weekend that was certainly unforgettable for him, also marked by the conquest of pole position in the rain on Saturday. The Spaniard step by step and after the initial difficulties, he is returning to the one seen last year, that is a decidedly concrete driver, so much so that in the last four races he managed to add a victory and two second places. And with him Ferrari can also rejoice, having returned to establish itself in England for the first time since the success of Sebastian Vettel in 2018:

“We came home very late due to the delay in the restart of the race, so I didn’t get much sleep but this morning (Monday, ed) I woke up happy. A Ferrari victory at one of the most iconic circuits on the calendar is truly something special “. My judgment on Carlos hasn’t changed since yesterday. I am satisfied with his performance, not only in the race but throughout the weekend. He is constantly improving his confidence with the machine and handling skills, even in difficult conditions. The first victory was only a matter of time, we knew that from the start. Seeing him get on the top step of the podium was not only fantastic for him, but also for the whole team ”. Binotto then wanted to remove any doubts from any team orders ignored by Sainz, when the Castilian was asked to keep ten cars away from Leclerc under the Safety Car regime: “Absolutely not. Carlos did not ignore the team’s directions, he made it clear to us that he had to protect himself from our opponents, and in this way he was also protecting our advantage. We were all aligned on this. I realize that without having a complete picture of the situation, one can get the feeling that Carlos is not a team player. But we think that a few laps before he had given up his position without any hesitation or complaint, clearly demonstrating that for him the team comes first ”. 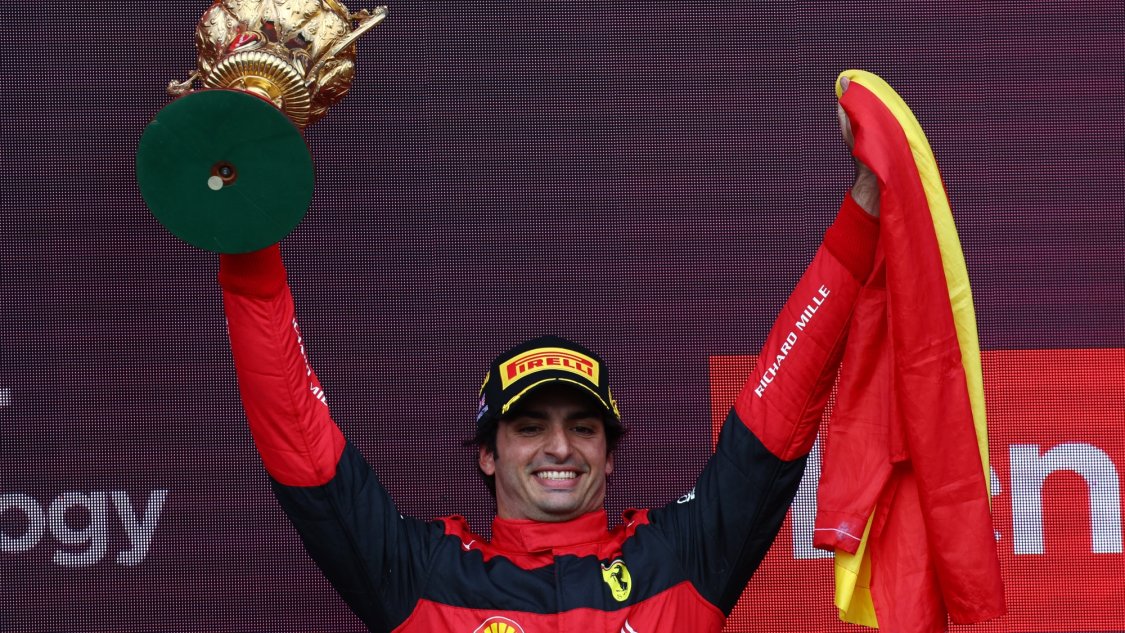 Horner ‘thanks’ Ferrari: “With the GP we had, it went well”

It didn’t take long for Red Bull to understand that it was a bad Grand Prix: Max Verstappen’s super start was canceled by the terrible accident that sent Guanyu Zhou into the fence. Not even the continuation of the race smiled at the Milton Keynes team, who stopped first Sergio Perez and then Max Verstappen for damage to the RB18. With the prospect of a Ferrari brace, forced into a desperate comeback with Perez and a strenuous defense with Verstappen, team principal Chris Horner could only hope for something that shuffled the cards: in short, either the rain or the Safety Car. And so luck returned something to Red Bull: the technical problem that happened to Esteban Ocon put Perez and Verstappen back on track, who mounted the soft and recovered positions. Bravo the Mexican, who clawed the second place in the final tussle, proud the Dutchman, who defended himself from the assaults of Mick Schumacher to snatch at least a seventh place, with a car still heavily damaged. 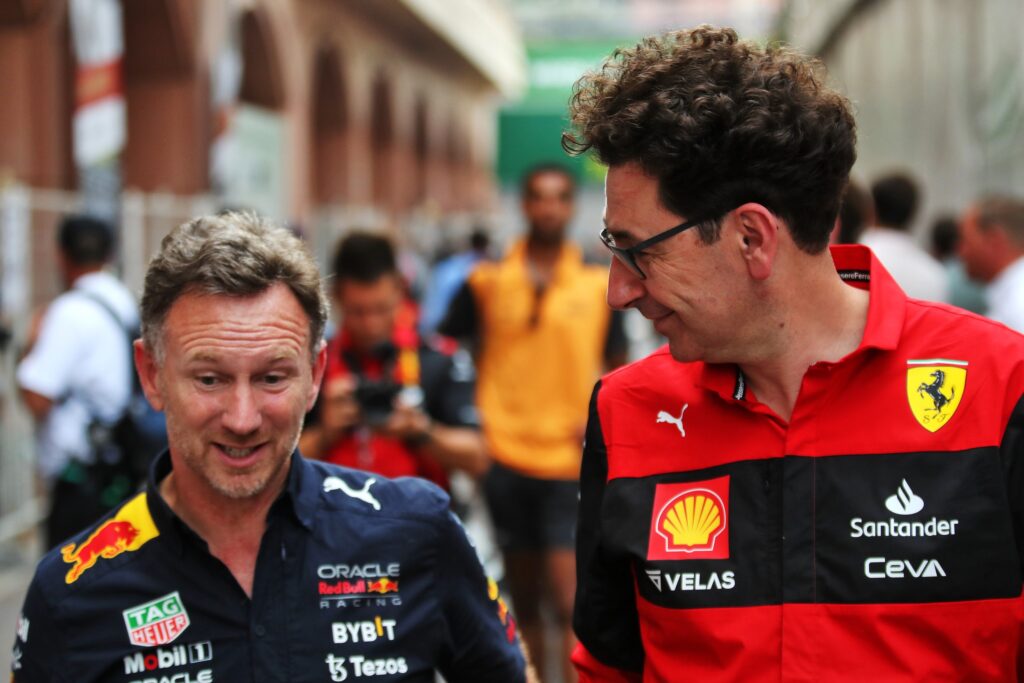 Horner’s words after the race:

“For Max, the first start was good, then we changed our strategy after the red flag. Today he had a very good pace. He started to accumulate advantage, then hit some debris and damaged the bottom of the car a lot, probably losing half of the downforce. I think the damage got worse over the laps. Then on the hard it was even worse, because we were racing with the Aston Martins and the Haas. The Safety Car arrived and we mounted a set of soft tires, he fought like a lion. He took seventh place with his nails, which could be very important for the World Cup. What about Sergio: he recovered half a lap from everyone and took the podium. We had a good car today and it’s frustrating not being able to get on the podium with both cars. In the end, Perez extended his lead over Leclerc, who gained only six points over Max in the drivers’ standings. And we in the constructors have only lost 13 points. With the day we had it’s not bad “.

Verstappen: “Managing the race was a pain”

On the day when Ferrari wins for the first time with Carlos Sainz in a climate of heavy controversy, Max Verstappen limits the damage in the championship standings by crossing the finish line in 7th place. A placement in the points area that was not at all obvious for the Dutch driver, even more so after the technical problems encountered following a debris that directly impacted the performance of his Red Bull, moreover precisely in a juncture of the race in which he was in command of the British Grand Prix. 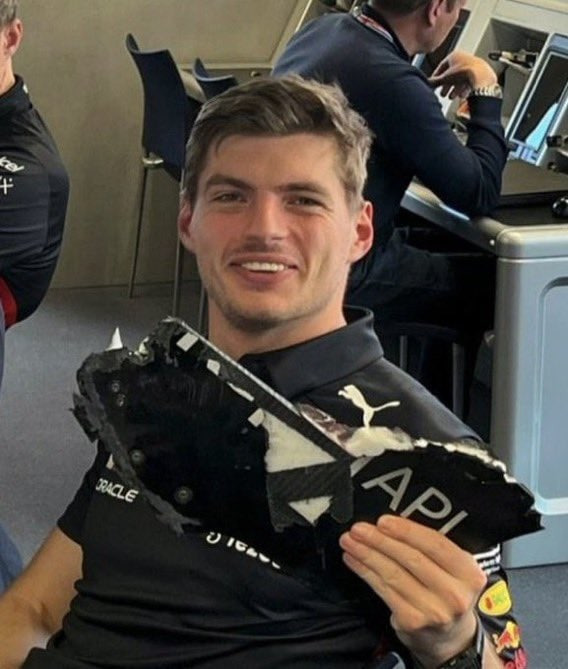 At first, the car’s sudden loss of power seemed related to a puncture, which was later denied by the reigning world champion in the post-race comments made to Sky Sport F1:

“I didn’t have a puncture – explained Verstappen – but I hit a piece of debris and immediately told the team to check the car. Unfortunately, after a few corners, the car lost a lot of pace. It felt like a puncture, also because in the high-speed corners it seemed to me that the car was damaged. They mounted different tires on me, but the situation was the same. After the race, when I got out of the cockpit, I looked at the bottom and the whole right side of the bottom was totally destroyed. Because of this, I lost a lot of load, and in these cars the bottom is the most important part of generating load. When you lose those parts there is never a good race. Managing it all was a pain. We struggled to get the tires to work, to find grip, to find the right aerodynamic balance. It was really hard “.

Zhou, fear and relief: “I thank the doctors, Halo saved me”

Celebrations, controversies, satisfactions, bitterness and post-GP analysis: elements and emotions that almost always emerge at the end of a specific race or weekend, including the last one staged in Silverstone, home to the tenth round of the 2022 season. , if even today it is possible to talk about what happened in Great Britain from a purely sporting point of view, the credit goes all to the Halo technology and to the gigantic steps forward made by F1 in recent years to improve the safety of the drivers, which allow now to be able to read or listen to the words of the man who, in not too distant times, probably would not have been saved with an accident similar to the one that occurred yesterday: Guan Yu Zhou. The Chinese Alfa Romeo in fact came out unscathed from a frightening episode that materialized a few moments after the start, during which the number 24 went off the track upside down following a contact, ending a dangerous series of rollovers against the nets. of the circuit enclosure, halfway between the latter and the protective barriers.

Due to the nature of the accident, which also disintegrated the roll bar of the C42, the 23-year-old’s comment on the incident is definitely the greatest relief of the entire weekend:

“It was a big accident and I’m happy to be fine – he Zhou explained with relief – the marshals and the medical team on the track were fantastic for their speed of intervention, and I must also thank the FIA ​​and Formula One for all the work they have done, and continue to do, to improve the safety of our cars. The Halo saved me today, and this shows that every step we take to improve our cars has tangible and valuable results. I am more eager than ever to get back on track and do what I love. I’m in good shape and can’t wait to go to Austria “.