Ferrari: if silence has gold in its mouth, Scuderia on the attack

Turn the page. Look ahead. Enjoying the success of Carlos Sainz, but also thinking about the Austrian GP which has the power to arrive early and thus erase the controversy and the rages at Silverstone. Because at the Red Bull Ring it’s like going into the wolf’s lair, on a track that, at least on paper, seems designed specifically to have a nice comparison between the RB18, which is the favorite, and the F1-75. 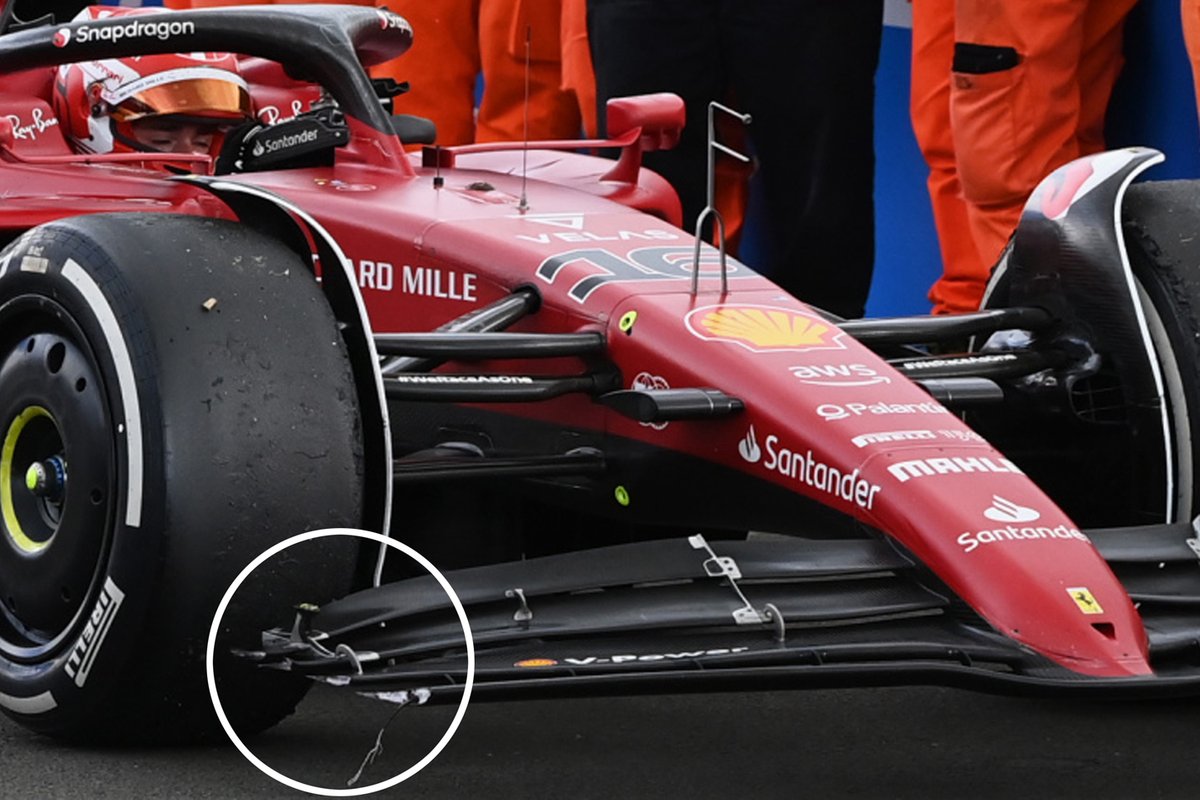 The simulations of the Gestione Sportiva show that the red is able to be competitive in Styria for the race that will mark the mid-season line, but this is no longer a surprise because the F1-75 has shown good adaptability on any track. has raced so far.

The splendid structure owned by Dietrich Mateschitz is located at over 700 meters above sea level, so the engineers will have to deal with a more rarefied air that will have an impact on the cooling of the engine and the brakes and on the filling of the turbo which is called to compensate for the lower power of the aspirate.

The characteristics of the track should enhance the traction qualities of the F1-75, taking advantage of the turbo which was designed to run at a speed of use around 100,000 rpm, significantly lower than that allowed by the FIA ​​regulation (125,000 rpm), while at the end of the straights the greater aerodynamic efficiency of the Red Bull could emerge, always capable of reaching higher top speeds.

Spielberg is heavily stressed by the 066/7 which is at maximum speed for 77% of the lap and, in particular, the MGU-H which achieves energy recovery from the turbine, while the contribution of kinetic energy recovery during braking with the MGU-K is among the lowest of the season because the braking sections are not numerous and brakes for less than 9 ”in total for each lap, equal to 16% of the time. 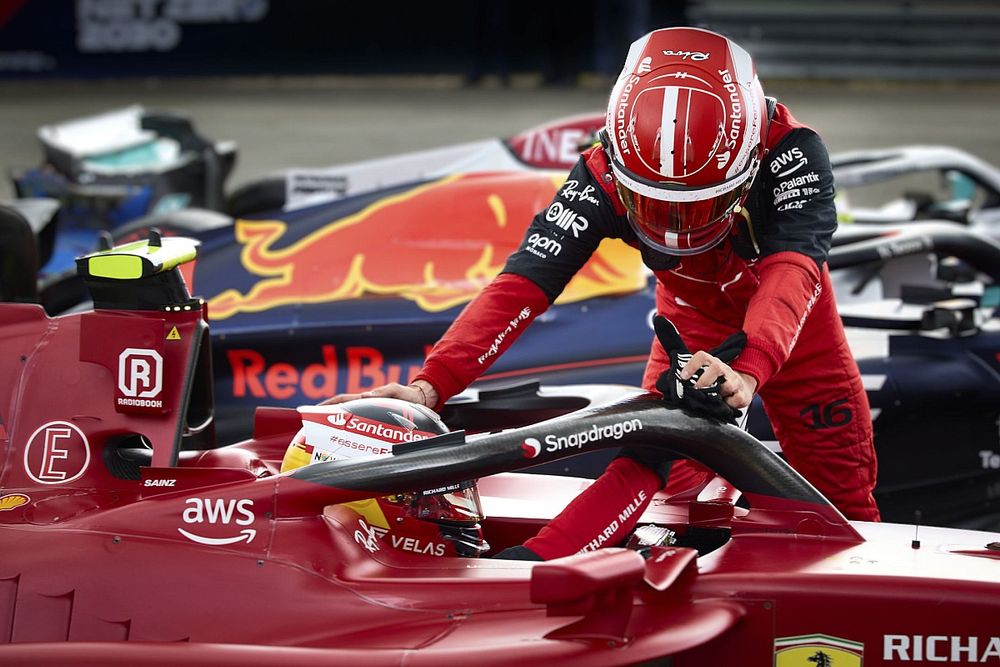 On the weekend it won’t be hot and, on the contrary, there are threats of rain on Friday and Sunday, so the reliability problems resulting from overheating seem to have been avoided. Austria is a great opportunity for Ferrari, to try to recover some points on Max Verstappen thanks to the race on Saturday which offers an extra opportunity in a weekend that becomes more intense than usual, with a free practice session, the qualifying on Friday evening and the sprint race on Saturday.

It is very important to put a car on the track that immediately adapts very well to the track: remember that the Red Bull Ring has a medium downforce and it will be interesting to see which rear wing the technicians directed by Enrico Cardile will consider more valid in the carnet of the different ones available for the F1-75. 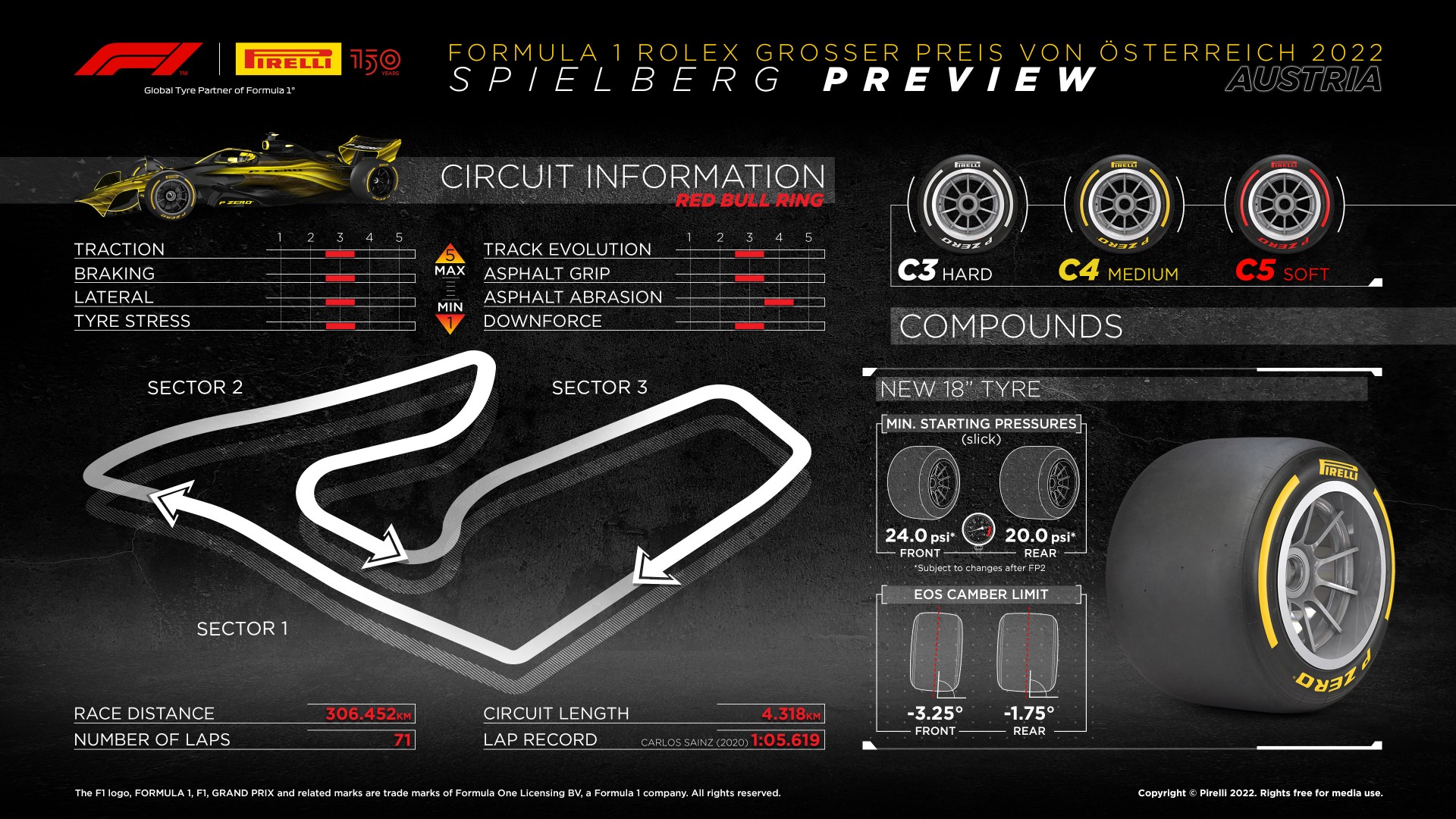 “The asphalt at the Red Bull Ring offers reasonably low grip on a low-severity circuit, which makes it possible to bring the softest tyres in the range. This helps us in putting the focus on entertainment, at a venue that has often delivered exciting races in the past, thanks to a busy and compact lap that’s essentially a series of short corners. Traction and especially braking are key here: with a  particular risk of lock-ups in some of the tricky downhill braking areas. Maintaining the performance of the rear tyres throughout the lap is also vital to ensure adequate traction. Our tyre nomination makes a variety of different potential strategies possible.”