Compact gravel: positive feedback, but improvements are being studied

At Zandvoort FIA and Formula 1 have decided to experiment with a new escape route solution, conceived in cooperation between Dromo Circuit Design and VolkerWessel. This is a new concept for trackside gravel, the pebbles of which have been compacted into a single block thanks to the use of an epoxy resin. The experiment was carried out in the chicane of turn 12, in order to prevent the cars from moving outside from causing stones and high debris to be transported to the track. The compact gravel is neither sticky nor particularly smooth to the touch, but maintaining its surface irregularity greatly reduces grip compared to the asphalt or curb, thus discouraging riders from crossing the white line to seek a performance advantage.

The first feedback after Friday was positive, as we did not actually see the presence of gravel in the trajectory, which was the main objective. Nevertheless, some critical issues have emerged on which the creators are already working to study corrective measures. The impact against the compact mass by the splitters of the single-seaters, in fact, the most advanced part of the plank, caused the detachment of medium-large sized cobblestone blocks, constituting a potential safety problem. In addition, in correspondence with the detachment areas, the breaking point of the resin bond in the “solid” gravel is sharp.

Perez raises: “Differences between my car and Max’s”

The double won by Red Bull in the last GP of the season in Belgium reserved numerous advantages for the Anglo-Austrian manufacturer: in addition to the strengthening of Max Verstappen’s leadership in the world championship, the RB18’s show of strength was also noted with the performance of Sergio Perez, who thanks to his 2nd place also managed to overtake Charles Leclerc in the role of ‘vice’ in the world ranking.

However, despite the excellent results in Spa-Francorchamps, there was no lack of some small discontent: more specifically, the performance comparison between Verstappen and the Mexican has generated some perplexity about possible technical differences between the two drivers’ cars. A ‘suspicion’ briefly confirmed by Perez on the eve of the Dutch Grand Prix, his team-mate’s home event.

Checo indicated the expectations for this weekend, not hiding all the work done in the last few days to return to the fight for success in Zandvoort:

“We have already worked on the simulator to try to understand all aspects of the last weekend – he explained – and now we hope to take another step towards victory this weekend. There are big differences between my car and Max’s; he is more comfortable at the moment than I was at the start of the season. In any case – he concluded – I think this weekend will be different for all the teams. I expect Ferrari and Mercedes to be closer and more competitive, and therefore I believe that there will be more battle between us ”. 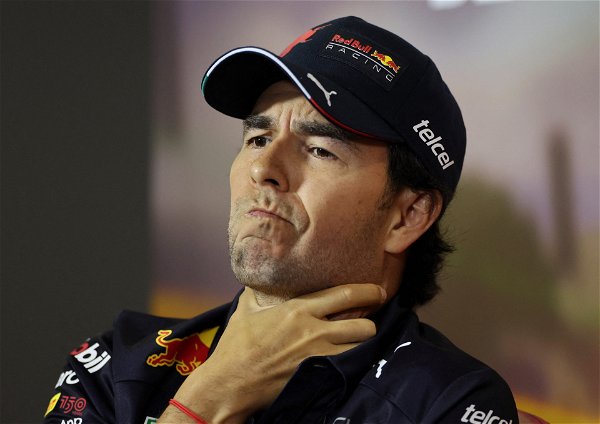 Zandvoort proved to be a spectacular addition to the calendar last year, and the most challenging parts for tyres are the banked Turns 3 and 14, which are taken at high speed and place sustained combined forces on the car: downforce as well as lateral demands. Along with the other overall demands of the circuit layout, this is why we have nominated the hardest three compounds in the range for only the fourth time in 2022, after Bahrain, Spain and Great Britain. The new car-tyre package this season should make overtaking easier on a track where it was hard to pass last year: the majority of drivers stopped just once to maintain track position, but this time there could be more of a focus on the softer compounds – which might lead to more two-stoppers and drivers pushing even harder.”

Szafnauer: “Piastri immediately in McLaren? We will think about it from Monday “

BREAKING: Oscar Piastri will race for @McLarenF1 in 2023#F1 pic.twitter.com/ssw5PzWbSV

“The image of the Alpine depends on the results we get on the track. We have the goal of competing with Ferrari, Mercedes and Red Bull in a five-year plan “. Thus Otmar Szafnauer, Alpine team manager, during today’s press conference held in Zandvoort in the Netherlands stressed not to give too much weight to the reflections of the Piastri affair as regards the reputation of the Alpine.

Szafnauer also opened to the possibility that Piastri will leave Alpine early to join McLaren as early as this final in 2022. “We’ll think about it from Monday,” he said. At stake is the opportunity for the Australian to compete in two free practice sessions at the wheel of the MCL36 as McLaren has not yet ‘spent’ the two compulsory free practice sessions to be allocated to a young driver.

“The case was 50 and 50, we thank the FIA ​​court for having clarified, we accept the verdict”, Szafnauer’s comment on the negative sentence for Alpine in the dispute with McLaren for control of Oscar Piastri (the French team also had to pay over £ 500,000 in legal fees). “We have done everything possible to put Piastri in the conditions to race by making him run more than 3000 km with last year’s car,” added Szafnauer.

However, the manager admitted that what happened with Piastri must be a lesson for Alpine: “We will rewind the tape of events to understand what we could have done better with Oscar“, concluded Szafnauer. The situation between Alpine and Piastri precipitated when the French team proposed a four-year plan to the Australian from 2023 to 2026 with the possibility of spending the first two years in Williams.