The highly-anticipated Miami Grand Prix around Hard Rock Stadium is finally on the horizon. After a dominant victory at last week’s Imola GP, it’s Max Verstappen who’s favored to win the inaugural race. Check out our full Miami GP odds breakdown below.

The Miami Grand Prix could show us where the season is headed as Red Bull pegged back Ferrari at the Emilia-Romagna double-header.
With two races giving the chance for a bumper score, Max Verstappen used the opportunity to claim everything on offer. A win at the Sprint, a coast to victory on Sunday, and even the bonus point for the fastest lap of the day.
That leaves Leclerc, once 40 points clear of second, 27 ahead of the current world champion. Sergio Perez trails just behind in third with 54 points. In the constructor standings Ferrari have 124 points and Red Bull 113. From an early dash to a narrow lead, the races in Italy have changed the perspective of the season before teams decamp to Miami. 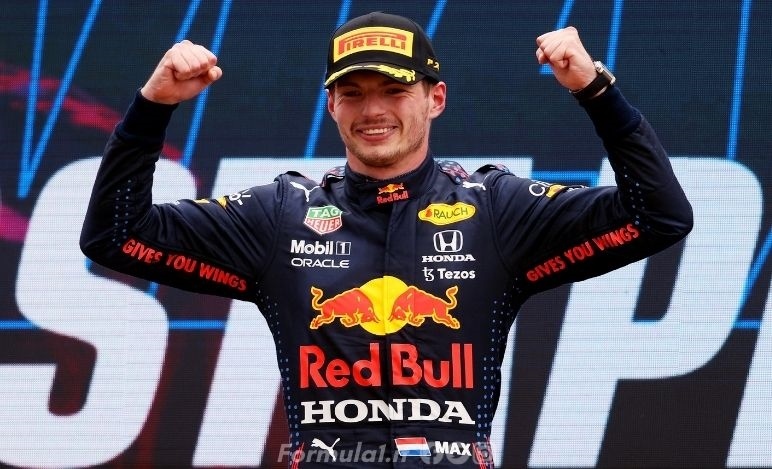 While Red Bull’s resurgence after some early disappointment is clear, what is most intriguing is how Ferrari have started to perform. It’s too early to draw conclusions, but it is certainly not too early to wonder if the pressure is already getting to Charles Leclerc and Carlos Sainz Jr.
Sainz, who has only recently signed a new two-year deal with the Italians, ended up in the gravel not once, but twice. On Sunday he barely lasted a third of a lap before he was caught by Daniel Ricciardo and in the gravel. A racing incident, of course, but he began the race struggling to influence the race after a poor showing in the Sprint.
As for Leclerc, the Monegasque looked to have Sergio Perez worried in the closing stages of the race only to clip the sidings and being forced down into sixth. The points of third place would have taken the edge of the disappointment, instead he exacerbated it.
https://twitter.com/SkySportsF1/status/1518258009125834754?s=20&t=ZGwwDpjmkkBzoZmcdLLe_A

The next stop on the F1 calendar will be Miami for the first GP in the city – with something rather unique in the middle of the track – a marina.

Formula 1 finally seems to have cracked the American enigma it has been trying for so long.

The popularity of the Netflix series Drive to Survive has seen F1’s stock grow in the United States so much so that by 2023 there will be three grands prix stateside.

Las Vegas joins in 2023, with Miami making its bow on the ’22 calendar on May 8th. The United States Grand Prix itself will remain at Austin in Texas.

The track is nearly finished in Miami, but there will be something unique about the newest GP circuit: It will have a Marina in the middle of it.

A closer look at our @F1 @cryptocom Miami Grand Prix Campus, we have something for everyone. 👀