Leclerc does not lose his optimism: “It hurts, but let’s look ahead” Horner: “Leclerc unlucky, she would have been pulled in the final”

For the first time in 2022, Red Bull is at the top of both world rankings. A difficult scenario to imagine at the beginning of April on the morning of Sunday 10 when Charles Leclerc crossed the line in front of Sergio Perez in Australia at the end of a triumphal ride, made even more difficult for Red Bull to digest due to the second retirement in three races. by Max Verstappen. Yet, three races later (with the addition of the Sprint at Imola), Max Verstappen finds himself six points clear of his peer in the Drivers’ standings.

Thanks to the three victories of the Dutchman and the first knockout. Leclerc’s technician which took place yesterday in Spain when the Ferrari driver seemed very much on the way to a landslide victory. The updates brought by the Scuderia di Maranello to the F1-75 made the red car impregnable both in Qualifying and in the first stint of the race in the hands of Charles Leclerc, even if the tug-of-war with Max Verstappen lasted too short due to the exit of the Dutchman’s Turn-4 after a gust of wind.

Verstappen’s race became considerably complicated and in addition the driver born in 1997 also had to do without the DRS in most of the occasions in which he would have needed it to attack his rivals. Being able to catch up and engage Charles Leclerc in a duel seemed like a utopia, then the Ferrari’s retirement suddenly paved the way for Red Bull towards a brace with a fast lap (signed by Sergio Perez) that allows the Milton Keynes team to head to Monaco with a 26-point lead over Ferrari. 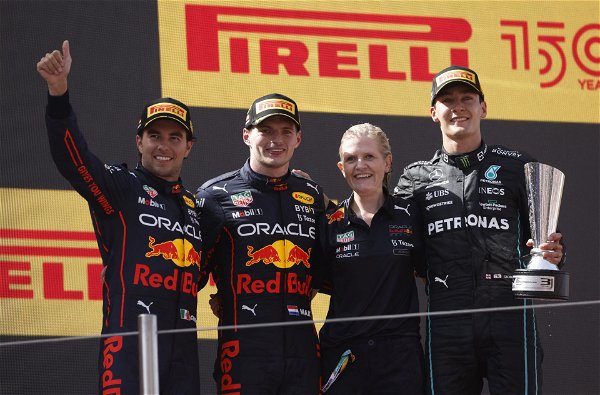 Leclerc and the radio team of the retreat: “I think the turbo has exploded”

A bitter disappointment for Charles Leclerc in Barcelona, ​​sensationally forced to retire on lap 28 while he was firmly leading the Spanish Grand Prix. A problem with the power unit of his Ferrari, not yet identified but probably attributable to the turbo, slowed the Monegasque’s winning ride.

Leclerc immediately exclaimed over the radio “No power” and brought the F1-75 back to the pits without the possibility of solving the problem, getting out of the car with a dark face but still finding the strength to embrace all the men of his team. It is also a setback in terms of the world championship, with Red Bull having closed practically all the gap accumulated with the retirements of Verstappen and Perez in the first three races.

“The team has done an extraordinary job so far in terms of reliability, this is our first big problem this year,” admitted Leclerc. “Obviously it hurts, because it happens in a race in which we were first and in good management, but the championship is still very long. I believe that, in moments like this, one cannot help but look at the positive of the weekend: the performance in qualifying, in the race and above all – and for me this is the most important thing – the feeling in the race with the management of the tires which was a lot good. It was two races that I hadn’t felt this anymore. We found something on this side this weekend. I am confident for the next races. It hurts, as I said, but let’s look ahead ”.

“I still don’t know anything more about what happened. I didn’t have any kind of indication before the breakup; once I got there, I immediately lost power. We will look into the problem and we cannot allow this to happen multiple times over the course of the season, so we have to find the fault and fix it. “ 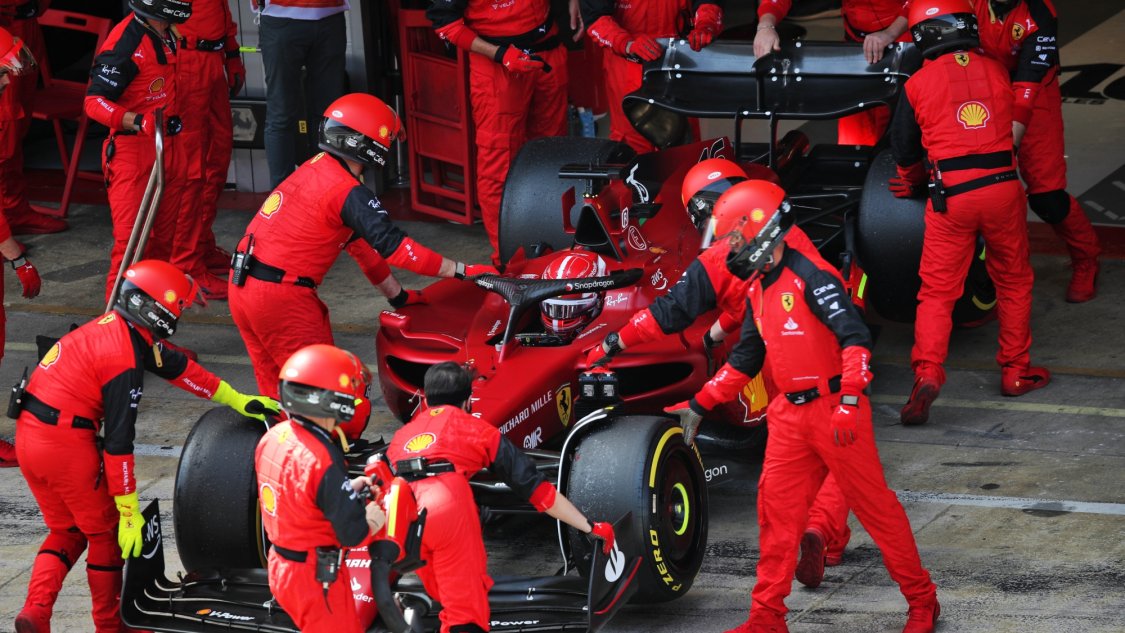 Miami Ferrari had already introduced power unit 2 on all six cars powered by the Maranello Scuderia during the fifth race of the season – in addition to the F1-75s of Charles Leclerc and Carlos Sainz also the Alfa Romeos of Valtteri Bottas and Guanyu Zhou and the Haas of Mick Schumacher and Kevin Magnussen – the ‘2’ specs (out of the three allowed by the regulation) to which reliability-related changes had been made.

Yesterday in Barcelona, ​​however, the power unit 2 betrayed both Charles Leclerc and Guanyu Zhou. For the Alfa Romeo driver, the problem is linked to overheating, which is why Valtteri Bottas also saw the Grand Prix in Saudi Arabia end prematurely (it is the Finnish driver’s only ‘zero’ in a very good start to the season) . Bottas himself had also recorded a knockout. at the engine level in free practice on Friday. Charles Leclerc spoke on the radio about a turbo problem, but only the checks in place at Maranello will be able to identify exactly what went wrong with the engine of the F1-75 # 16.

Certainly it is unlikely for Leclerc that the drive unit can be reused, at least as stated by team principal Mattia Binotto at the final press conference held in the evening in Barcelona: “Recover the power unit? I have no idea, but it’s very difficult if you stop like that. We will see after the analyzes, maybe we will no longer be able to use a couple of components and recover the others “.

Next weekend we race in Monaco, but it is above all the next two races that are worrying about the power unit theme. In Baku and Canada, engines will count for a lot and will be put under stress as straights in Azerbaijan and Montreal abound. Other stops are to be avoided, also because the current situation linked to the Ferrari engine ‘fleet’ suggests that in the end of the season it will be necessary to incur some penalties on the starting grid, while Max Verstappen is still at the first engine unit with which has already covered six full race weekends. 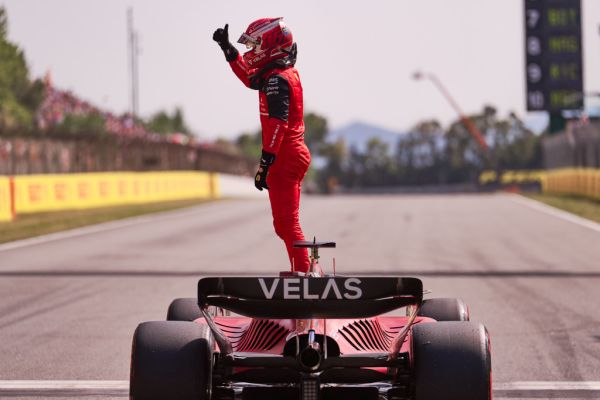 Red Bull-Ferrari background: there is also a war on the temperature of the petrol

In Miami the Aston Martins of Sebastian Vettel and Lance Stroll started from the pit lane due to a fuel temperature problem and in Barcelona Red Bull also risked doing the same, due to Ferrari’s hand. The teams had in fact obtained from the Federation the possibility of being able to take on gasoline at a temperature of 18 ° C, but according to what was reported by the Auto Motor und Sport newspaper, a team – all indications suggest that it is Ferrari – has vetoed this agreement by sticking to the regulation that provides for a minimum temperature not lower than 10 ° C compared to that of the environment two hours after departure.

In Barcelona, ​​therefore, the cars had to load fuel at a temperature not lower than 25 ° C since at 13:00 in Barcelona the temperature was 35 ° C. In Red Bull they waited a long time to leave the pits and line up on the starting grid, Verstappen did so with less than 10 seconds still available and the reason is due precisely to the temperature of the petrol.

Ferrari has every interest in not letting the Honda and Mercedes engines cool down too much because they both suffer in the race in terms of temperatures when they rise significantly, it is no coincidence that the Red Bulls in Bahrain were both forced to retire. The regulatory quibble examined relates to the phrase “when the car is in use” regarding the measurement of the petrol temperature. According to Aston Martin it is when he comes out of the garage, according to Ferrari it is as soon as the engine is started inside the garage. 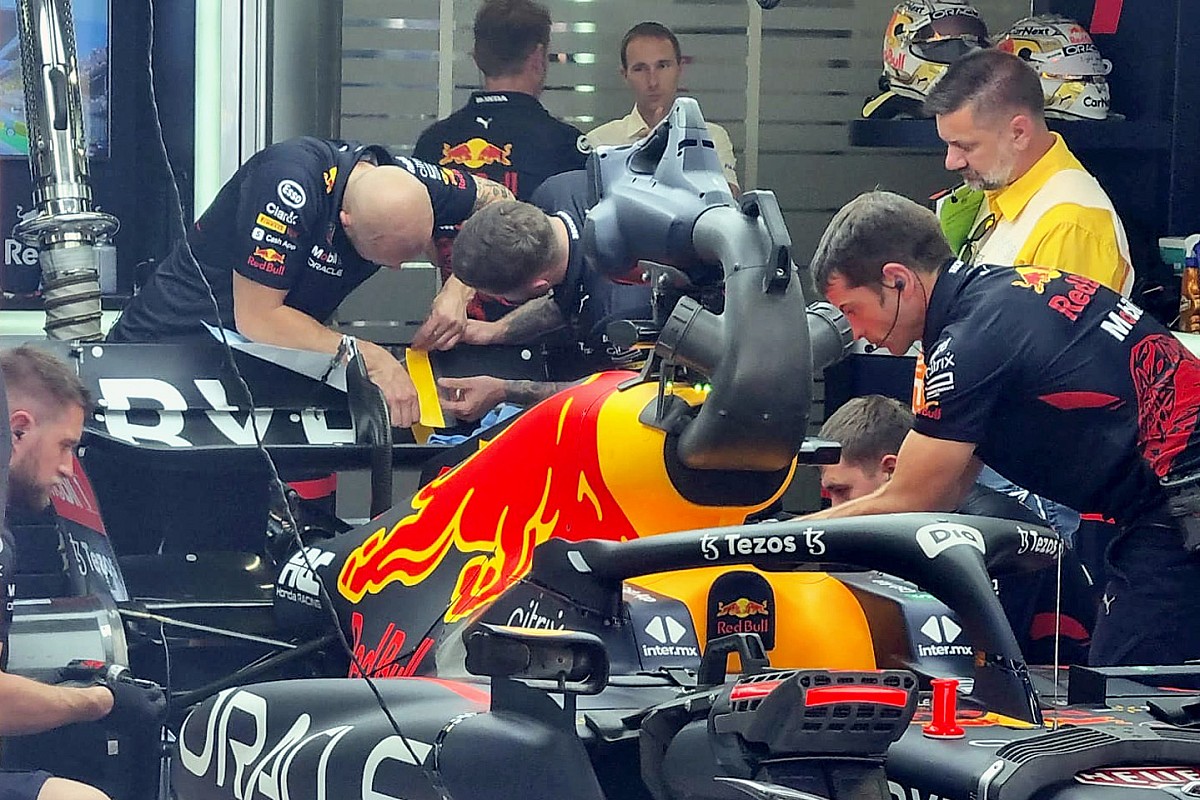 Mattia Binotto commented in the final press conference what happened before the start when the Red Bull pits even used a flame to heat the tank, thus raising the fuel temperature:

“I can imagine that the operations carried out by Red Bull were linked to the temperature of petrol in the tank, which must be above 10 ° C below ambient temperature and it seems to me that by regulation this must be checked at all times during the event, not only when the car is on the track, but also when it is in the garage . This is why I do not think that a flame to try to heat the tank would be enough, because the petrol should always be no lower than 10 ° C compared to the environment. I can only trust the FIA, because it is difficult to explain what we have seen, since, as I said, the fuel should always be above that minimum threshold. I’m pretty sure the FIA ​​is satisfied and checked. Perhaps it should be asked directly of them ”.

Binotto: “There is no ‘Sainz’ problem”

It was a Catalan Sunday that was anything but exciting for Ferrari. If the biggest regret is having lost a practically certain victory with Charles Leclerc, even the not yet top performance of Carlos Sainz could start to play a very important role in the close fight against Red Bull and Max Verstappen.

The Spaniard made several mistakes in the first phase of the race, first at the start losing several positions (not perfect deadlift, almost from an early start) and then spinning due to an intense gust of wind that destabilized the rear of his F1- 75. 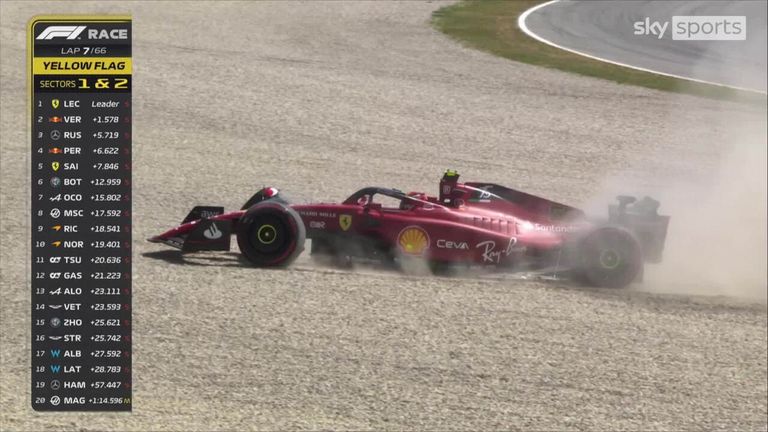 Mattia Binotto tried to explain the main problem that afflicts his driver at the start of the season, without creating unnecessary alarmism or worries that could put even more pressure:

“There is no Sainz problem. Right now Leclerc is driving in a divine way, accepting a car even oversteering. It is not always easy for a driver to drive with such a budget, there are those who prefer more understeer. Carlos will get there too. He can study, look at the data. We also have to give him a car fast enough to be ahead of everyone anyway ”.