On the Way to Australian GP: race start time

The last Grand Prix staged in Saudi Arabia had forced some drivers to already have to resort to the second power unit, even though it was only the second race of the season. Among these, there was also Fernando Alonso, who had opted for another unit as a precaution after a problem discovered at the end of the first test in Bahrain. However, the Spaniard from the Alpine was subsequently the victim of a retreat in Jeddah, caused by a water pump failure. Now, in view of the Australian GP – scheduled between 8 and 10 April – Alpine has announced that this damage will not allow the use of the component for Melbourne, with the two-world champion who will therefore resort to third power unit in the first three GPs.

The CEO of the French company, Laurent Rossi, explained this problem in detail:

“The failure of the water pump – specified the transalpine manager to Auto Hebdo – initially led to a defect in the cooling, which subsequently triggered a series of adverse events: the engine cooled less, while the oil has overheated. Fernando was able to continue while the power unit was still working, but the conditions were not ideal at all, and that was where we decided to stop him. The problem with the pump – he added – is that it is located inside the engine, and if we had wanted to intervene to repair it we would have had to break the seal. The physical integrity of the component has remained intact, but for us the engine is still lost “. 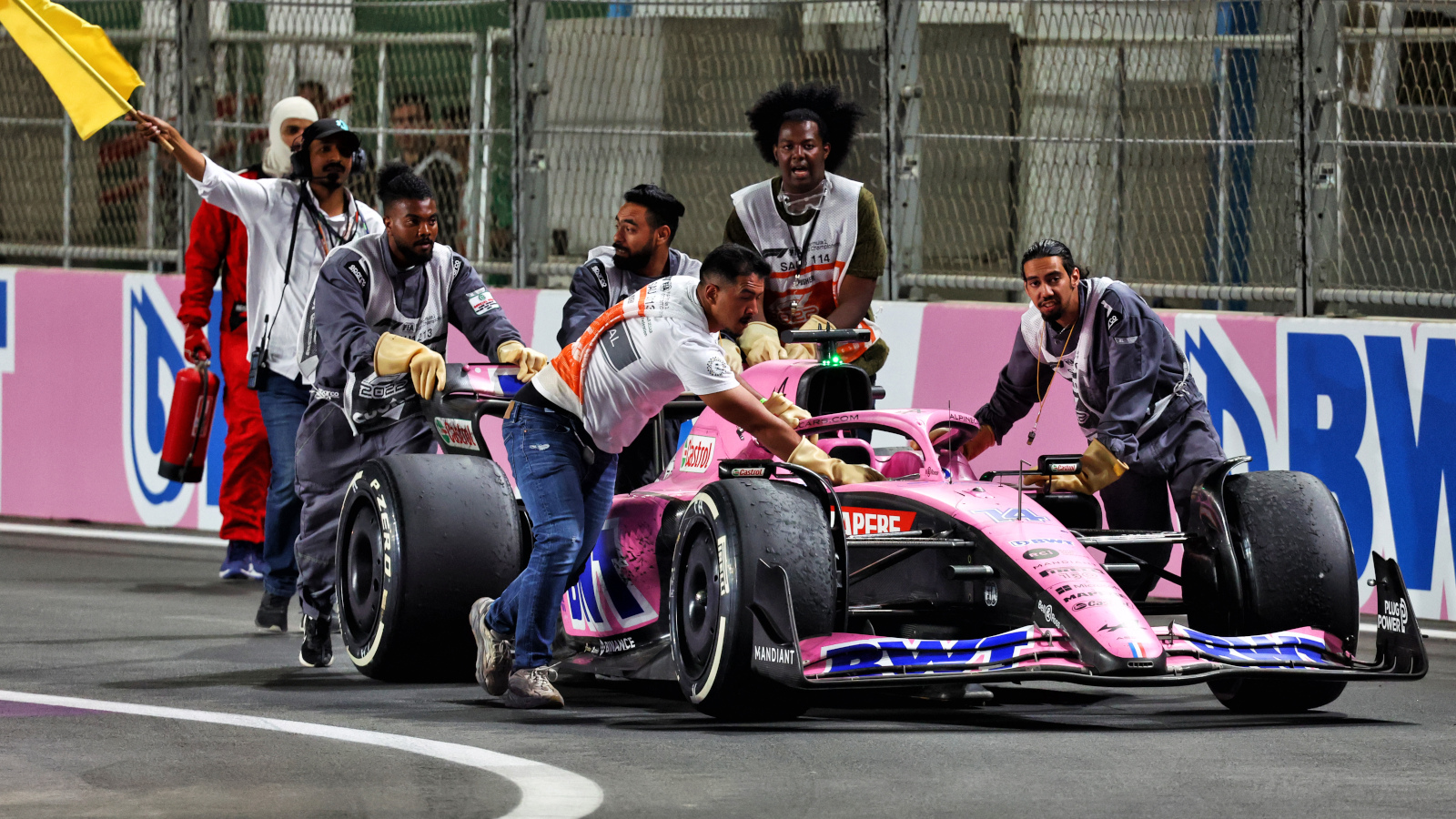 Minimum weight, the teams also work on the paint

The Formula 1 cars have gone too far with the Christmas holidays and now they have to follow a slimming cure. As is well known, the machines of 2022 have a minimum weight of 798 kg, 46 more than their counterparts in 2021, but almost none of them manage to be close to this limit.

Extreme solutions are part of the history of the Circus, and the teams are now even working on the paint (a complete paint job weighs six kilos, Red Bull and Mercedes have given up on ‘coloring’ elements of the wings, while it is increasingly common to see carbon ‘naked’ ‘on the sidepods). To report it is Auto Motor und Sport, which also specifies the ‘diets’ that the teams are following: Red Bull and Mercedes must lose about 15 kg, Ferrari ten, McLaren and Haas five. And, more importantly, the milestone seems far away, to the point that Mercedes does not plan to reach it by the summer, while according to Red Bull consultant Helmut Marko:

“Weight loss does not happen overnight, but only step by step. It will take even longer to reach the limit “.

Binotto: “We can fight to win in every race”

The growth of Ferrari has an origin that goes far beyond this winter. This was stated by Maranello team principal Mattia Binotto, who underlined that behind the F1-75 there is a much longer job.

In fact, the qualitative leap made by the Red team was of great importance, and it is hardly credible that in a few months it has found the key to winning:

“It wasn’t just winter. Such a large project takes years. We knew we had prepared well this season and worked hard as a team. But of course we couldn’t expect such a good result in the first race, we believed there were very strong teams right from the start. We know what we need to focus on in the coming months, namely the developments, the key in the second half of the championship. We are ready to fight in every race to maintain this level of performance, we believe that last year’s world champions are still the favorites “.

New cars mean new challenges for Pirelli tyres, which in line with Formula 1, the Italian company will also bring an entirely new product to the track, namely 18-inch tires. This type of tire will officially make its debut this season and the Pirelli teams and technicians will have to collaborate as much as possible to understand them better and collect as much data as possible. For this weekend we will therefore see the compounds: C1 (Hard-white band), C2 (Medium-yellow band) and C5 (Soft-red band). 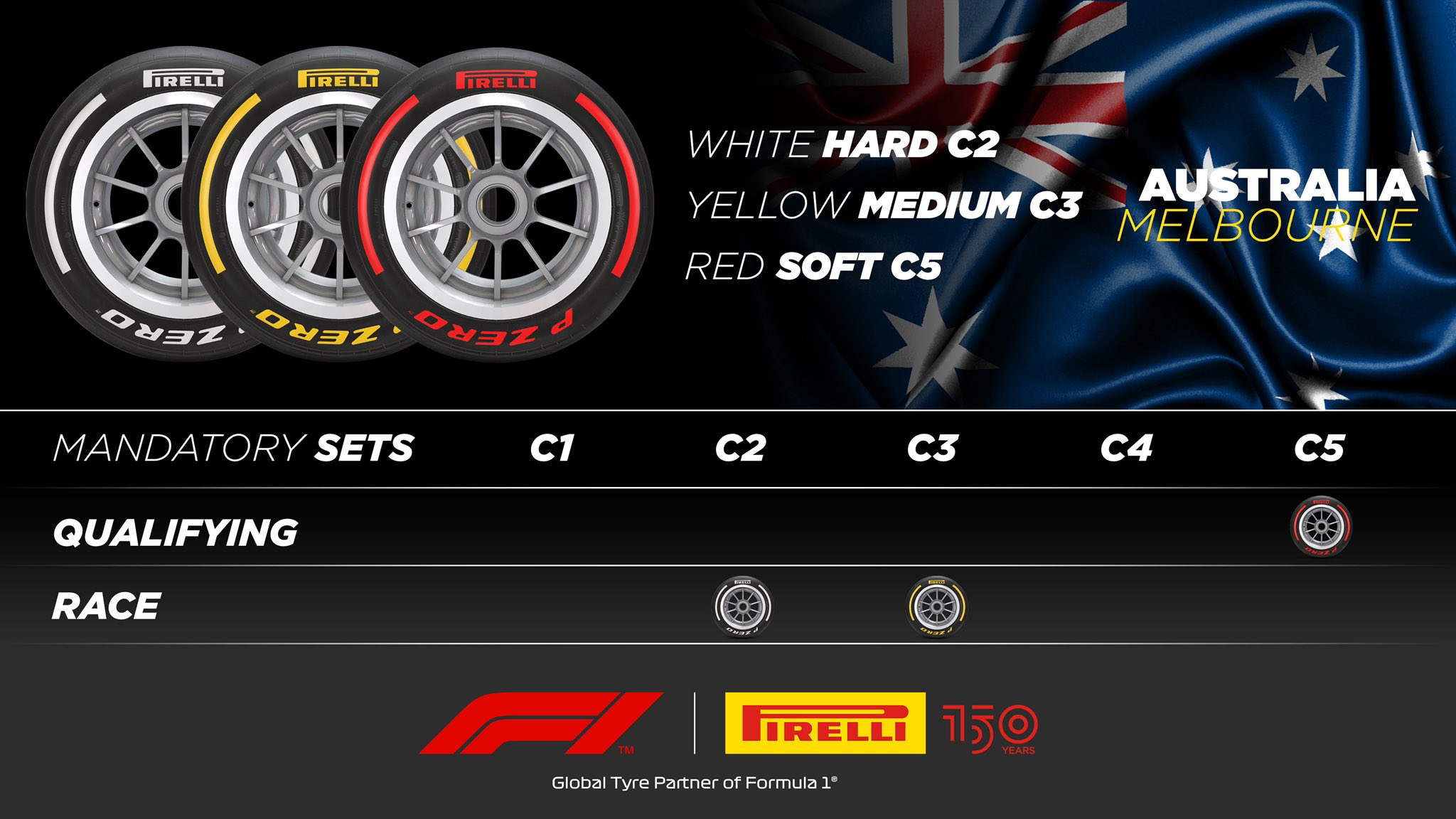 Worn tires will therefore be the hardest in the range and above all it will be important for the teams to run a lot during the weekend to collect data on the behavior of the tire as the track changes.

For more than a quarter of a century, Melbourne has been the home of the Australian Grand Prix. And across that journey it’s been the famous Albert Park street circuit that has played host to the race.

Due to the very nature of the parklands track, constructed annually out of public roads and car parks, it’s remained unchanged since the first Melbourne race back in 1996. The same road surface, the same corners. While the cars have evolved immensely, the circuit hasn’t been able to do the same.

After years of feedback regarding the single-lane racing line and highly limited passing opportunities, the Australian Grand Prix Corporation has finally given the Albert Park circuit the birthday it deserves. 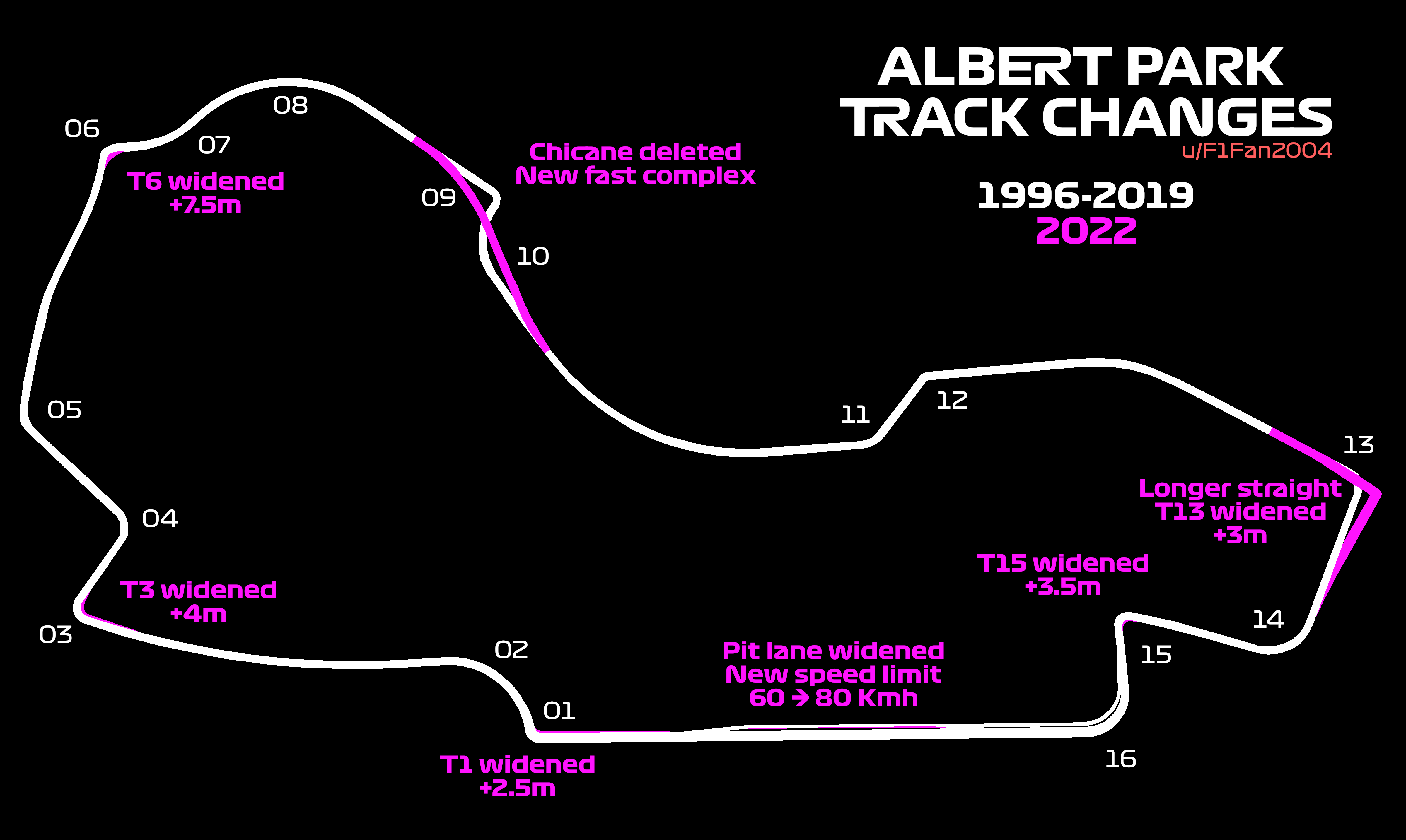