Leclerc and Sainz in the Ferrari labyrinth

The Scuderia di Maranello did not have ‘sons and stepchildren’ at the power unit level, problems are widespread between the supplier company and the customer team. 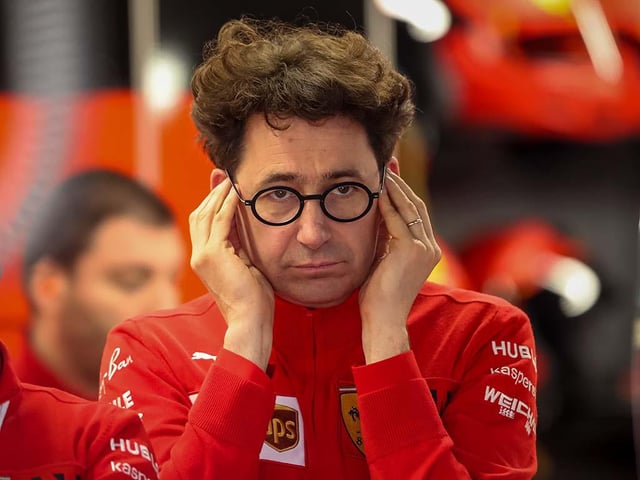 In the traditional post-match conference, Mattia Binotto acknowledged the mistakes made by the team:

“At the beginning of the race on medium tires we were on a similar pace to Red Bull. At that moment Charles was making up slightly on Perez, while Carlos was saving his tires, with the aim of lengthening his stint. We knew the Hard bikes were going to be very resilient and we were confident that we would go all the way to the end with a single stop. We made a different choice, but it was others who were wrong. It was right to stop at that moment. We got it right and the others didn’t. The move would have given us an advantage, it’s a pity we didn’t materialize “

Ferrari, Haas and Alfa Romeo last for km traveled in the race

Ferrari’s double retirement in Baku, caused by technical failures on Sainz and Leclerc’s cars, has aroused fierce criticism and controversy from Red fans over the reliability of the Prancing Horse’s power units. In addition to the single episode in Azerbaijan, the element that caused the most discussion was focused on other events that occurred during the same Azerbaijani race, during which two other drivers such as Guanyu Zhou and Kevin Magnussen had to forfeit. Both, of course, are part of different teams, but both share the Ferrari power unit.

In fact, both Alfa Romeo and Haas are the only two teams on the starting grid that are powered by the Scuderia di Maranello engine, with which they share a sad record: the three teams, after the first eight races of the world championship, they occupy the last three places in the ranking of the kilometers traveled. Taking into account the official statistics reported by F1, which include retirements due to accidents or off the track, among the Ferrari powered cars the Alfa Romeo of Zhou and Valtteri Bottas, the last of the ten teams to exceed 4000 km. , more precisely 4014.

A fact made possible by the persistence of the Finnish driver, forced to retire only in Saudi Arabia (he was stopped due to overheating problems to save the engine), unlike his Chinese teammate who did not see the checkered flag in Miami and Spain, as well as precisely in Baku. 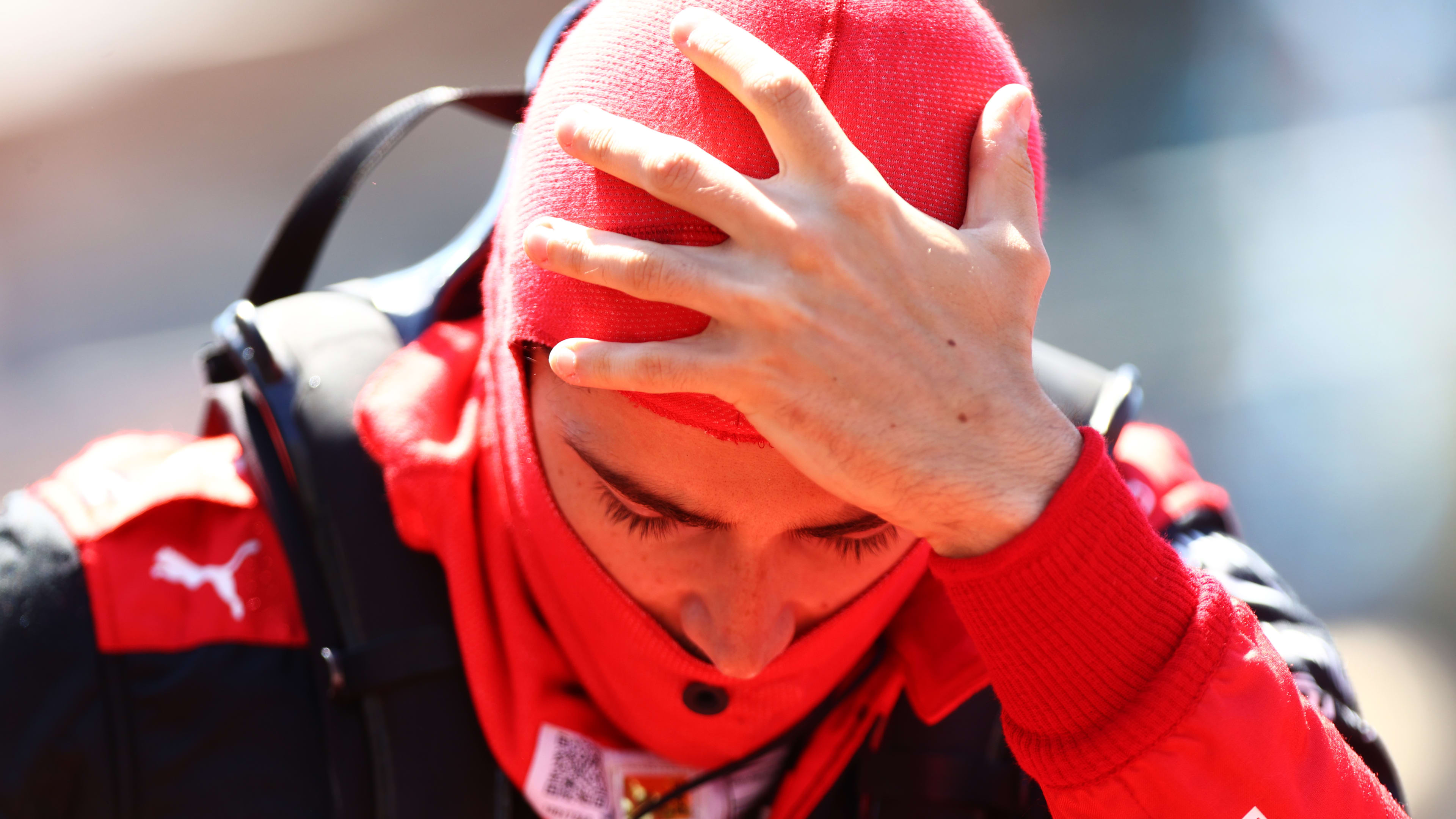 Different speech for Haas, which for 17 km does not also fall into the ‘4000 club’: all not only for the bad accident that occurred to Mick Schumacher in Munich, but also for the consecutive retirements of Kevin Magnussen, who remained on foot also in the Principality and in the aforementioned Baku. All this means that, sensationally, Ferrari is in the last place of the teams most present on the track. The team, despite being indicated as the main rival of Red Bull, has in fact had to deal with the K.O. Leclerc technicians in Spain and Baku, in the same race in which Sainz also parked his car for reasons far from human error. In this sense, the Spaniard had finished the GPs in Australia and Imola prematurely, with an almost incredible overall result: from Bahrain to today, Ferrari has only recorded 3506 km. Mercedes is first in this particular ranking with 4732 km traveled. Below is the summary.

No, it was no accident. It is no coincidence that the two F1-75s, perfectly capable of winning the Azerbaijan Grand Prix, reached the list of retirees well before halfway through the race. Sainz out for a hydraulic problem (a 220 bar pressure circuit that controls practically everything that moves) and Leclerc knocked out by an evident failure of the ICE. Which would then be the Internal Combustion Engine, or the thermal six-cylinder.

It is no coincidence and it is not even necessary to point out one thing which is quite right: namely, that the failures that made Charles and Ferrari slide behind Verstappen / Perez and Red Bull respectively, do not have homogeneous causes. Even a full result, next weekend in Montreal, would not be enough to reverse the situation. But, in fact, the fact that there is no single cause for the failures is anything but comforting. Leclerc’s triumphal ride in Barcelona was interrupted by an electrical problem on the MGU-H motor generator, which, being mounted on the same axis as the turbo, had also damaged the latter. This time, in fact, the problems of the two drivers were of a still different nature. Mattia Binotto, suitably dressed in a black jersey, admitted to Sky after the race that the extreme pursuit of performance is penalizing reliability. Of course, when a practically new Power Unit (Leclerc) gives way in a blatant way, one cannot even talk about material fatigue. False illusions had been created about the fact that Red Bull was also suffering from similar problems, perhaps aggravated by the fact that it could no longer have an ‘official’ engine. I don’t know what would have happened to the former Honda engines of Verstappen and Perez if, caught by surprise by the Ferrari undercut under the virtual safety car regime, they had then had to try to make up for the disadvantage on the track. The fact is that, once the designated opponents were self-eliminated, Horner’s and Marko’s men managed the race as they pleased. The world cup is also won in this way. 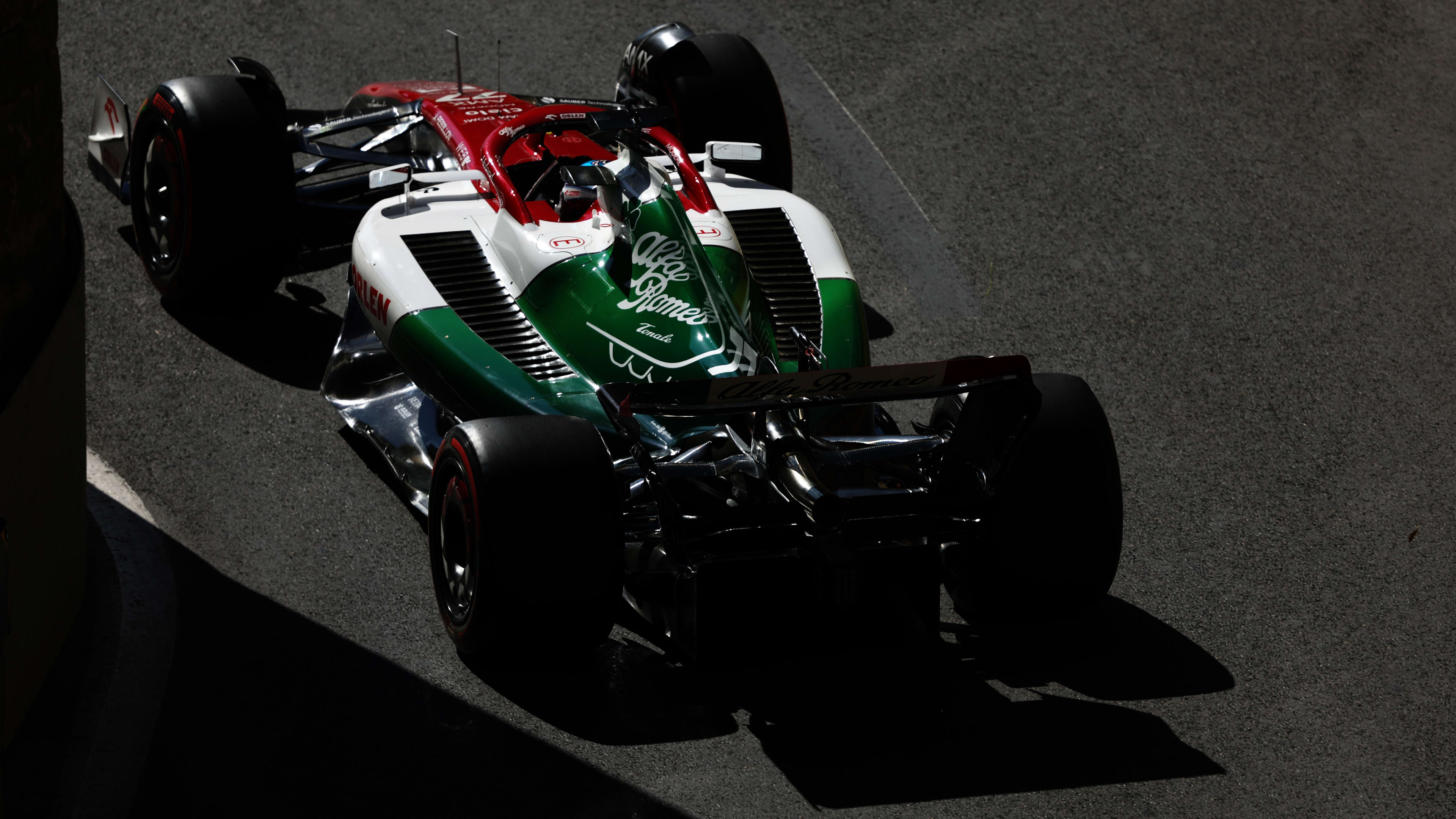 There is a strange air in Ferrari, of worried resignation. There are fears, for example, that Baku’s problems could repeat themselves over and over again this season. In the long term, we also look with fear at the ‘block’ of developments – we talked about it in the last post before this – which will also include electronics, increasingly subject to the unified control of what was once called MES and now it’s MAT, still a product of the McLaren group. It is obvious that the ambitious combustion project (a concept already rejected in Sergio Marchionne’s time) has a price to pay. But it is not necessary, here, to discuss the technical details. The great fear that now resides in Maranello is the same as a few years ago: it is the fear of not knowing how to win (anymore). I have told many times about what happened in 2017 and also the following year: in the first of the two seasons, after the summer break, there was a series of failures – partly related to developments – extremely difficult to interpret. Because a candle (Suzuka) might break, especially if you try new gasoline: but when the ‘runners’ (Malaysia), composite pipes in which simple fresh air flows, it is normal to think that you are subject to to a curse. In 2018, as I have written several times, the premises of the project were inferior, due to a basic flaw in the aerodynamic concept. The team, however, was able to react and work very well, until – towards September – a development of the bottom body that should have taken several tenths turned out, in fact, to be inferior to the previous model. These are gifts you cannot afford to give to your opponents. Then everyone is free to think as they please and blame the riders for one or two GPs thrown away. However, if you allow me, I lived it from within. 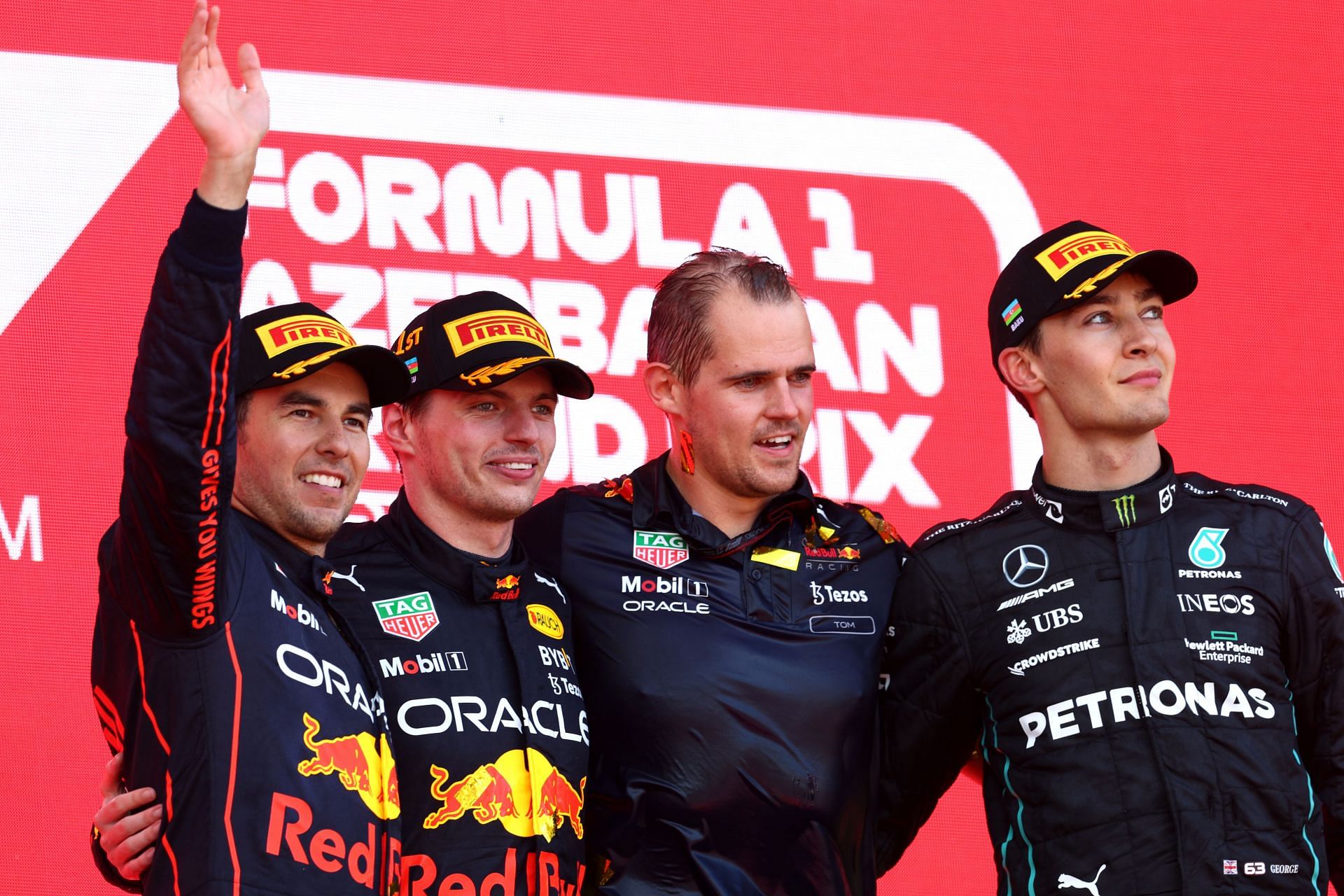 Relief Hamilton: “I would not miss the Canadian GP for anything in the world”

Mercedes team principal Toto Wolff before the start of the Azerbaijan Grand Prix had stated that Lewis Hamilton could have opted for early retirement due to back pain generated by porpoising. The seven-time world champion nevertheless finished the race in fourth position and the number one on the wall of the Brackley team had increased his dose in the evening even assuming that the Mercedes driver could have had to skip the Canadian Grand Prix scheduled for next weekend to back problems generated by aerodynamic rebound.

Christian Horner, for his part, has already pointed out that he does not believe these ‘performances’ on porpoising by the drivers of the teams suffering this side effect of the ground effect to be correct, even if he admitted that instead of his colleagues he would tell his drivers to do the same , that is to magnify the issue via radio on every possible occasion. 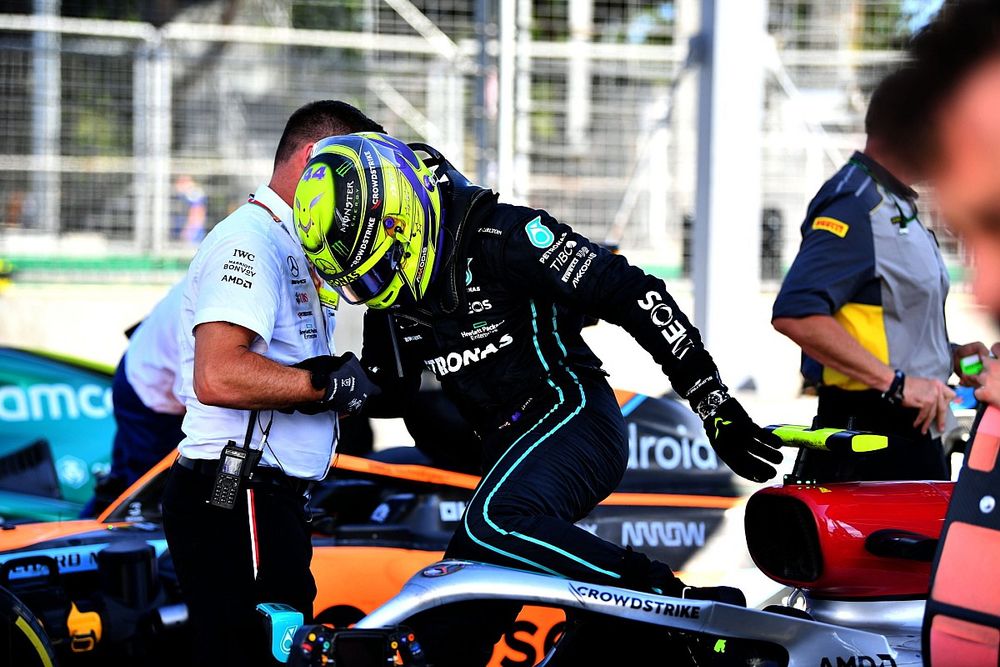 Act or not, Lewis Hamilton will be in Canada next weekend. On Instagram, in fact, the Mercedes driver, through a Stories, wanted to reassure all fans about his state of health and his presence in Montreal on the track where he won the last edition of the Grand Prix held in 2019.

“Yesterday was a difficult race and I had some problems sleeping, but I woke up well this morning – Hamilton said – I have back pain, but nothing serious luckily. I supported physiotherapy and acupuncture and I will continue on this path, together with the team it is time to not give up and to give my best to get out of this difficult moment. I wouldn’t miss the Canadian Grand Prix for anything in the world. Good day and good week to all “.

Never before in the last weekend in Baku have Formula 1 drivers highlighted the issue of porpoising; more than for the technical problem itself, the element that generated the most discussions and concerns focused on how it can have physical consequences in the long term, even more so after seeing and hearing Lewis Hamilton complain about the pain accused during and after the race. In addition to him, there was no shortage of comments from George Russell, Sebastian Vettel, Daniel Ricciardo and Pierre Gasly, to which is also added Carlos Sainz. 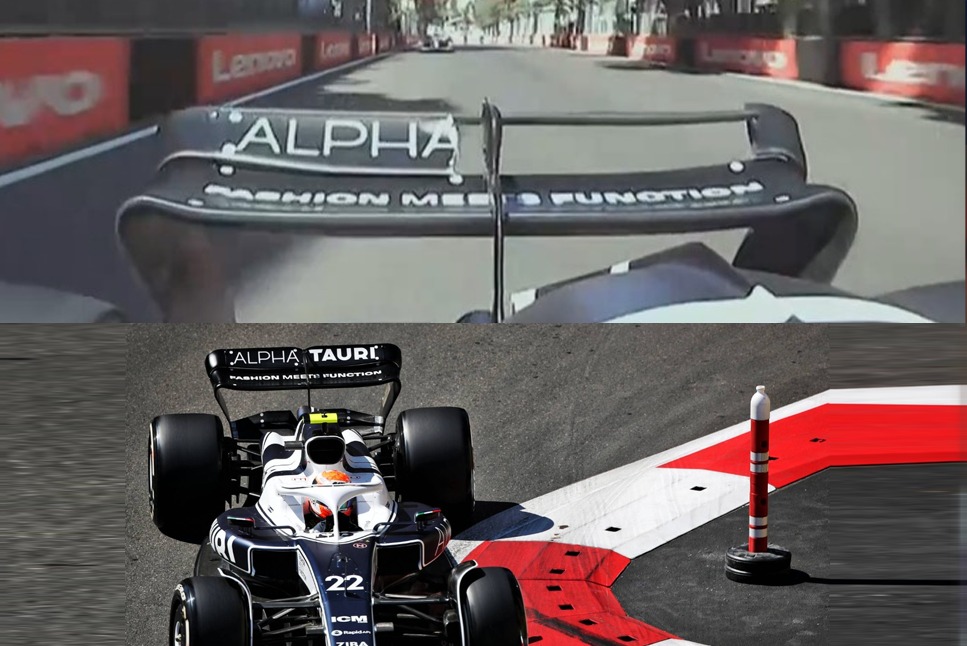 Already on Saturday, shortly after the drivers briefing held to discuss the impact of porpoising on health, the Spaniard from Ferrari had commented on what emerged from the meeting with his competitors:

“On Friday I suffered a lot, and for some reason I had a car or a bottom that caused more porpoising and made the car skid more than the other with the same set-up – he told the press – and it was, very, very painful. I saw other riders struggling on the straight, and we got to the point where we looked at each other to say: “We have to do something, because we can’t last another 10 years like this.” We therefore kindly asked the FIA ​​to examine the matter and to listen to us drivers, because we are starting to struggle to manage the situation “.

We don’t need a medical commission – he added – but just something smarter about the suspension or the way cars are put on the track. We would like the FIA ​​to act quickly, as quickly as possible, because otherwise the situation will start to be difficult to manage due to the accumulation of pain. I don’t know if we can talk about danger, but we have to ask ourselves if it is necessary for F1 to have 20 drivers at the end of each race with back problems. With today’s technology, why does this painful situation have to continue in our careers when there is a very simple solution? Is it really worth it? I do not believe. I think it is not necessary and that all of us, including the teams, should think about the rider’s health. I believe that everyone has their own opinion, but also their own interests “. 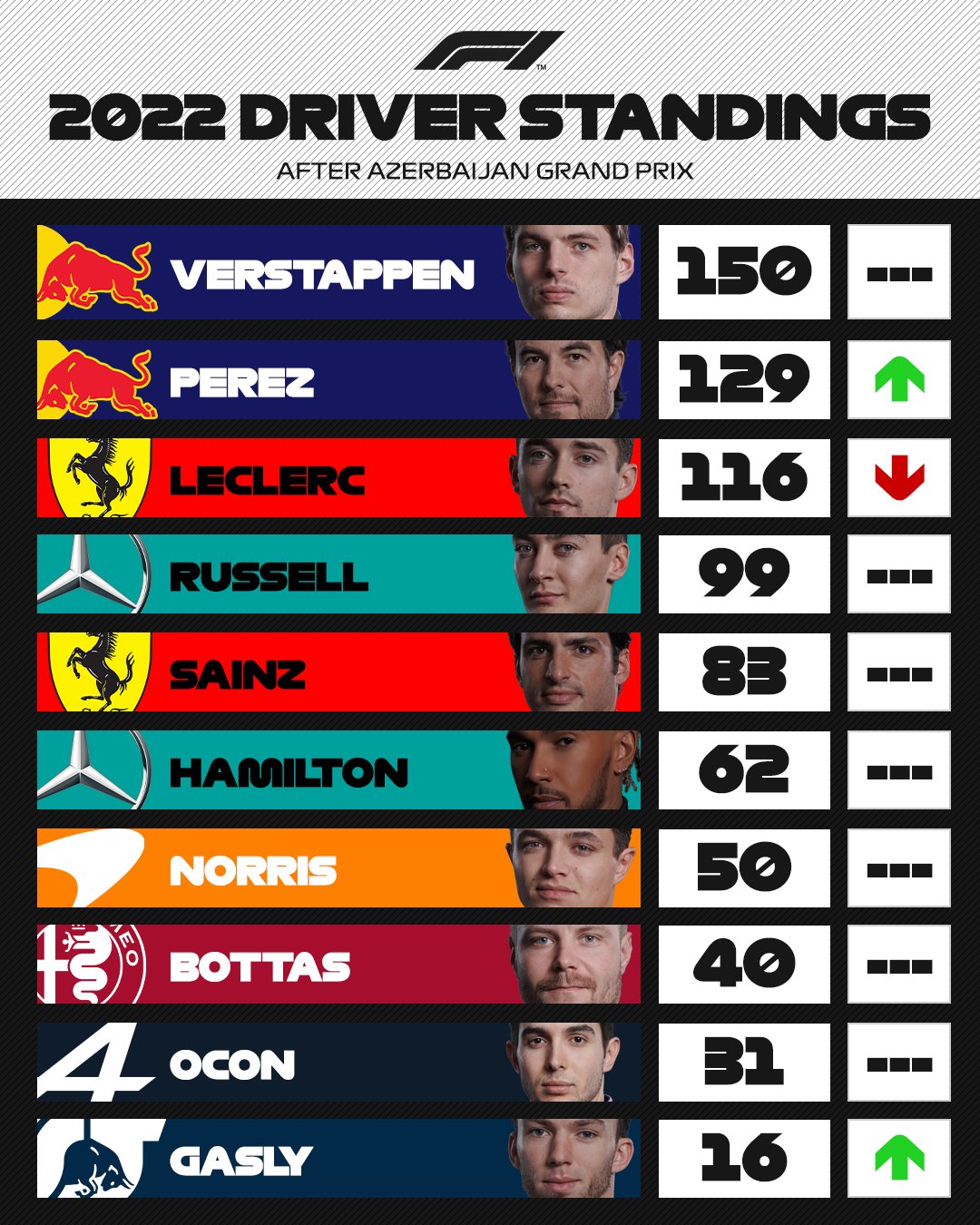 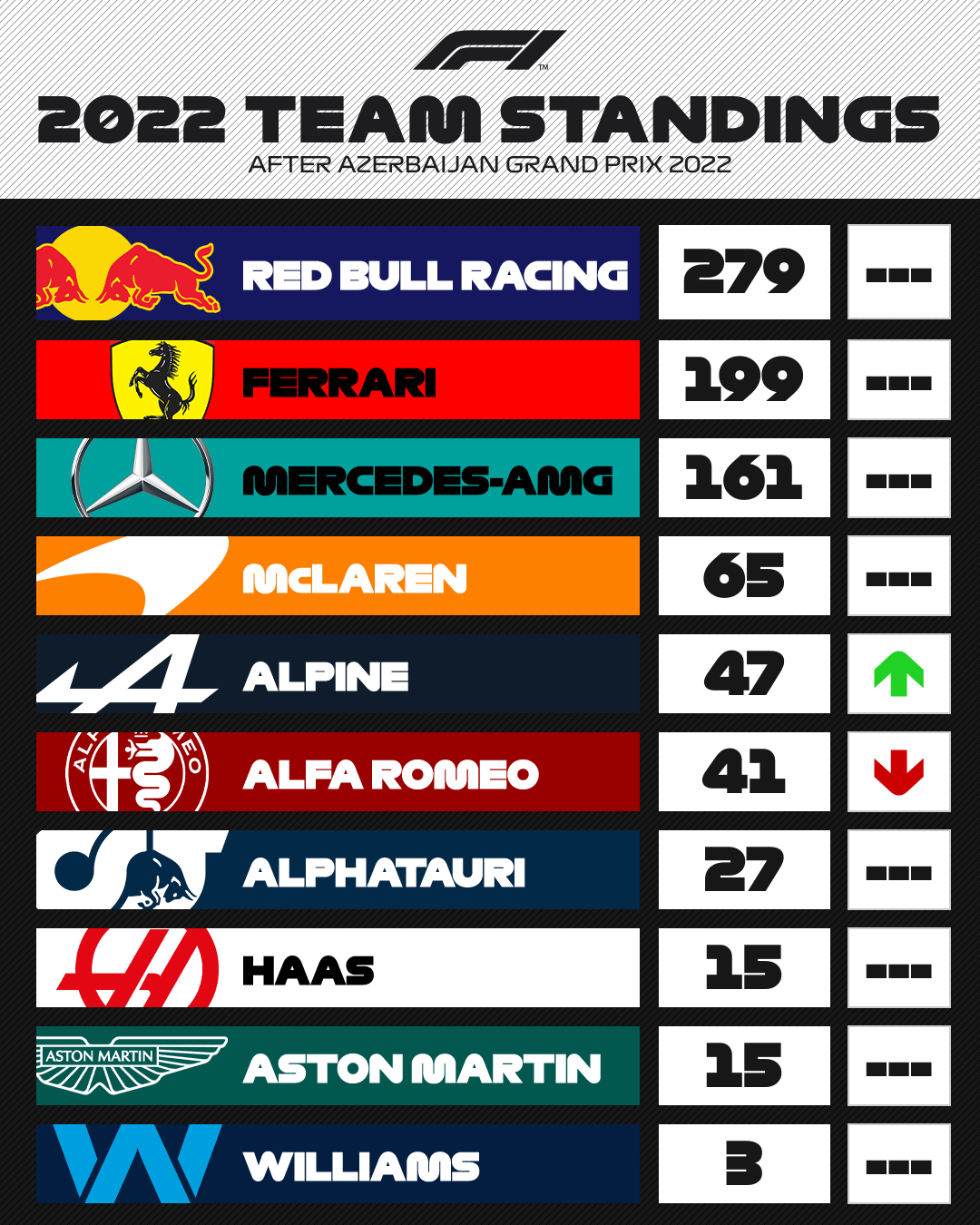